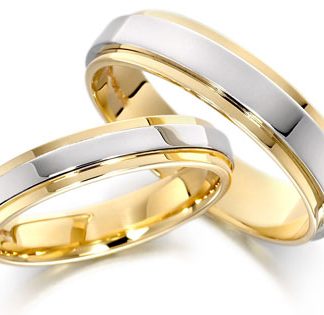 Dear Sandy B: Recently I was listening to a program on talk radio. The dialogue was centered around marriage. The caller stated that she has been dating regularly for several years, but has been unsuccessful in finding a husband. She said that she has given herself until she’s forty to find a husband.

She claimed that if she doesn’t find a husband by forty, she is going to marry herself and give herself the wedding of her dreams, with bridesmaids and all. Is there such a thing as a single marriage?

Dear Tamika: This woman sounds sad and possibly wacked. If she has friends that will be her bridesmaid, they are as whacky as she is. The word marriage means a union between people, and I do mean people. The key word is people, ‘cause marriage differs all over the world. There’s opposite and same sex marriages, polygamy, arranged, and the list goes on. Regardless of what type of marriage folks choose, it is not possible to marry yourself. Sister needs a new name for trying to celebrate herself and throw a party. I’m sure her family and friends will think she’s “lost it”. I personally think she needs to check herself and think about why she can’t find a man. Possibly, she’s throwin’ out some other whacky ideas when she meets a man, and runs them away. I sure hope she doesn’t share her “marriage to herself” idea and deadline to a guy. I ain’t never seen a man fly, but that would certainly do it.

Dear Sandy B: What’s with these football players abusing their wives and kids? Don’t they have enough banging and beating each other up on the football field. What do you think makes them go off like they want to keep hurting folks, especially those close to them?

Dear Tiffany: Anger goes up my spine when I think of those football players with gorilla strength abusing their own people, especially their children. That Adrian Peterson should be run over naked by his whole team with spikes on, so he can get a taste of real pain. His son’s body looked like he had put him on a bar-b-que grill, the marks were everywhere. That punk and the other punk Rice had the nerve to make an appeal when they should have been hiding their, punk behind, faces with shame. Peterson’s kid didn’t have a chance, but our gold diggin’, low self-esteem sisters gotta get some help and stop hangin’ on to mess because of fear or greed.

Write to Sandy B at: rappinsandyb@gmail.com

What Should You Do If Your Loved One Goes Missing?