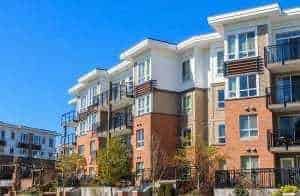 According to the Orlando Sentinel, the community’s developers hope that its senior residents will take advantage of their close proximity to this public transit service. The apartment complex, called Heritage Village Commons, will be less than a quarter-mile walk from the station.

As the senior population continues to grow across the country, the number of seniors who want to get around via public transportation is also likely to grow. Studies show that the over-65 population numbered about 43.1 million in 2012 — a 21% growth from 10 years prior.

But will residents of Heritage Village Commons ultimately take advantage of their close proximity to the SunRail station? According to Kimber Threet Saint-Preux, the executive director of Independent Transportation Network (ITN) Orlando, it could go either way.

“I don’t think it’s an altogether horrible idea,” she told the Orlando Sentinel. However, seniors who aren’t already accustomed to riding public transit could be intimidated by getting on and off the train safely, looking vulnerable to other riders or being unable to carry all their belongings, she explained.

To make seniors more comfortable with the idea of riding the SunRail, demonstrations or assistance with their first few trips may be necessary; but as more of Heritage Village Commons’ residents get older and realize they no longer want to drive, the Longwood SunRail station will likely be a welcomed service.

Construction on Heritage Village Commons began in December, and is scheduled for completion within a year. The community will have 123 apartment units, with rents ranging from $567 to $673 per month for its 55-and-older residents.