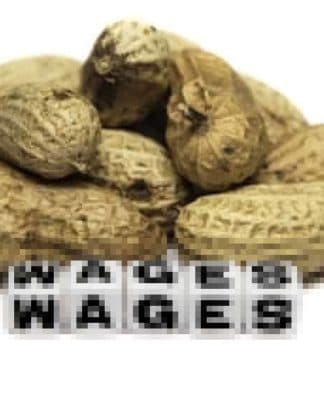 - Advertisement -
According to a recent study conducted by the financial analytics firm WalletHub, Florida residents have the smallest financial gap between white and minority groups throughout the state.

But this one study doesn’t paint the most accurate picture of Florida’s current financial state, as the Tampa Bay Times has recently noted, and it doesn’t mean that Floridians aren’t struggling to cover the costs of basic necessities.

While the state has successfully closed the gap between different racial/ethnic groups — more so than any other state, at least — there’s still a huge difference between Florida’s top 1% and its 99%.

According to the Times, there’s a whopping 43x difference in average income between Florida’s top 1%, and the rest of the state. Considering that more than 60% of all job openings in the state offered less pay than what would cover the cost of living for an average American adult — and even jobs that offer slightly higher pay than the state’s minimum wage fall into this 60% — it’s clear that the financial gap is still a major problem.

And it’s likely that race is indirectly connected to the gap, even if the statistics don’t show it.

As the South Florida Business Journal explains, Florida beat out the other 49 states and the District of Columbia in the WalletHub study primarily because it has a small gap in home ownership, poverty rates, and high school/ higher education graduation rates between white and minority groups.

Nevertheless, these gaps still exist, and there’s still a strong connection between economic status and racial/ethnic group. Now more than ever before, companies and job search services are appealing to the 60% of consumers who access the internet primarily on mobile devices, making it harder for people who lack smartphones or tablets to find out about new job opportunities.

And those people lacking electronics — which have become more of a necessity than an extravagance — are the same workers on the lower end of the income spectrum, coming from immigrant families and from households that can’t afford college tuition costs.

Florida may have the smallest financial gap between white and minority groups, but the gap does still exist — and race/ethnicity likely plays a bigger role than the numbers show.