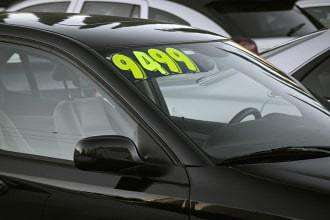 The National Association of Minority Automobile Dealers will celebrate its 35th anniversary this year at its 2015 conference, which it has announced will be held in Miami Beach in July.

NAMAD, which was founded in 1980, advocates for minorities in the automotive industry, working with policymakers and industry stakeholders on all levels in an attempt to provide more opportunities for Hispanic Americans, African Americans, Asian Americans and Native Americans.

A report compiled by the organization shows that while there are some new minority-owned car dealerships in the country, black-owned businesses in particular have been hit hard ever since 2005, with many not having the cash flow and financial backing to stay open.

This is a similar trend to one that occurred in the recession of the late ’70s and early ’80s. The pressure that high interest rates and higher gas prices put on minority dealerships actually precipitated the creation of the Minority Auto Dealers Association, the progenitor of NAMAD.
The organization was originally headquartered in Detroit, but in the 1990s moved to Maryland so as to have better access to policymakers in Washington, D.C.

The Future of Minority-Owned Dealerships
Concerns about parity for minorities in the auto industry stretch across the country, from Florida to California. At the National Automobile Dealers Association conference held in San Francisco last month, both Fiat Chrysler and General Motors — two automakers whose ranks of minority dealers were considerably thinned by the recession — said they are working with minority dealers and encouraging them to sell to other minorities when they do decide to cash out.

According to Lester, one of the most important steps that can be made toward preserving minority ownership is clear succession planning. About 95% of the dealers involved with the organization are first-generation, so it’s vital to impress the importance of preserving that legacy for future generations.

And in order to be successful, Lester says, hundreds of minority-owned dealerships must speak with a single voice even as they celebrate their internal diversity. “It’s mind-boggling that 35 years after we started NAMAD, we’re fighting pretty much the same issues,” he said. “But, in order to continue to get a large uptick of progress, our collective voices must get and remain aggressive.”

The Automotive Industry in Florida
Although most of the attention on NAMAD has focused on minority-owned dealerships and sales, auto repair is an important part of the same industry — according to one recent survey, about 77% of all cars are in need of maintenance or repairs. But it’s a tough time to be in the auto repair business.

The automotive industry in Florida, in particular, has gotten some negative attention in recent weeks, as a federal judge in Orlando handed down a verdict seen as a setback for hundreds of auto shops in multiple states that had claimed insurers had engaged in price fixing in the industry.

The auto shops alleged that State Farm and other insurers had pressed prices so low as to force businesses to perform unsafe repairs or lose money. But U.S. District Judge Gregory Presnell wrote in his order that “It is not illegal for a party to decide it is unwilling to pay a higher hourly rate than its competitors have to pay, and the fact that a number of the [insurers] made statements to that effect does not tip the scales toward illegality.”

Orlando was chosen as the central location from which to file lawsuits in part because of Gunder’s Auto Center in Lakeland, which pioneered early challenges against insurance companies. At least 45 other Florida auto centers were also involved in the lawsuit. It is still unclear how they will respond, or how national associations may assist them.