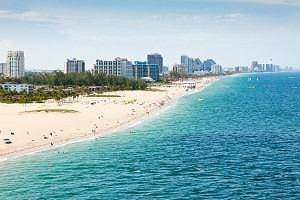 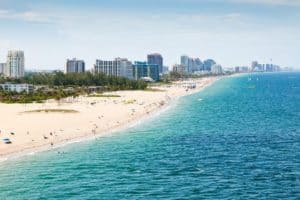 On Monday, Feb. 9, workers put the final touches on the 400-foot Orlando Eye and sent the ferris wheel on its first test runs.

According to News 13, a forklift driver truck helped put the final capsule out of 30 total, No. 23, in place.

Robin Goodchild, the general manager of the Orlando Eye, came to Orlando from England, where he had been Head of Operations for the London Eye. Goodchild drove in the ferris wheel’s final gold-painted bolt, while harnessed into a lift. To keep Goodchild and all the other construction personnel safe, all forklift operators were required to be thoroughly trained on the proper safety procedures.

Test runs began on the same day the wheel’s construction was completed, News 13 reports. The Orlando Eye travels at 1 mph, with a full rotation taking about 20 minutes. So far, no one has seen the view from the top of the wheel — not even those who worked on its construction.

Each capsule will have room for 15 passengers, and passengers will be able to control the cabin’s temperature and lighting level. Goodchild says tablets will be installed in each capsule to let passengers get an interactive view of the Orlando skyline.

“If there are any sights in the local area that you’re not too familiar with, if you want to know a bit more information about them, just zoom in and click on that site,” Goodchild said.

The wheel isn’t yet open to the public, as the loading area is still a gravel-lined construction zone that must be paved.

The Orlando Eye, the first attraction to open in the I-Drive 360 complex on International Drive, is expected to open to the public this spring.

And if the view from 400 feet in the air isn’t enough for Orlando residents and tourists, the Orlando SkyPlex, which is set to open in 2017, will offer views of the city from 535 feet.