(BPT) – Henry Ford had three companies fail before he launched the game-changing Model T. Abraham Lincoln failed in business, lost multiple elections and had a mental breakdown before being elected the country’s 16th president. America is a land of second chances made good – which could explain the ongoing trend of more adults returning to college.

Between 2000 and 2012, the number of people 25 and older attending college increased by more than 2.1 million, according to the National Center for Education Statistics (NCES). By 2021, NCES predicts that number will grow by an additional 1.6 million-plus, bringing the number of older college students to more than 10.1 million.

“Adult learners return to college to gain advanced degrees or complete unfinished programs for many reasons, and enhanced marketability in the workplace and increased earning potential are just two factors,” said Tracy Lorenz, president of Western International University (West). “They are also doing it for personal satisfaction and to be better role models for their children.”

Among women, personal achievement is the strongest motivator, according to a survey by West. Nearly eight in 10 of the 1,000-plus women who participated in the online survey also said having a college degree is important to being a role model for their own college-bound children.

Ample data supports the belief that a college degree enhances one’s job and earnings prospects. The median wage for people with bachelor’s degrees is $457 more per week than workers who have a high school diploma, according to the Bureau of Labor Statistics (BLS). Their unemployment rate is also significantly lower – 4 percent versus 7 percent for high school graduates, the BLS reports.

Research also backs the impact a college degree can have on one’s family. For example, working mothers who have bachelor’s degrees spend about 51 percent more time with their children than moms who only have a high school diploma, according to the College Board. Children of college graduates are also more likely to go on to college themselves, according to PostSecondary.org; 85 percent of children whose parents had a bachelor’s degree or higher went on to attend college.

Ease of access is also drawing more Americans back to school.

The rise of distance learning and online degree programs means you no longer have to live near a school – or relocate your family – if you want to return to complete a degree or earn an advanced degree. Online programs can also offer greater scheduling flexibility and lower ancillary costs to adult learners, many of whom work full time and juggle financial commitments like mortgages or rent and childcare costs. In fact, in the West survey, respondents said cost, accreditation and flexibility were primary considerations when choosing a higher education program.

“Colleges and universities are recognizing that there is a large shift occurring in the type of students that are looking to earn degrees and are offering programs that meet the needs of working adults,” said Dr. Benjamin S. Pryor, provost and senior vice president of Western International University.

Online degree programs like those offered by West cater to adult learners. Course content, cost and schedule flexibility are designed to make returning to college an accessible option for busy professionals. Adult learners enrolled in online programs are better able to fit weekly coursework into their schedules, and at West, receive instruction from faculty who not only teach, but are also currently working in their field of expertise.

As the number of adult learners continues to grow, more professionals will seek degree programs that meet their educational and professional goals, schedules and lifestyles. To learn more about Western International University, visit www.west.edu. 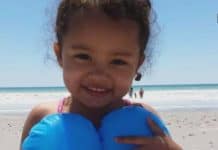 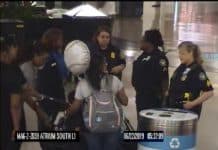 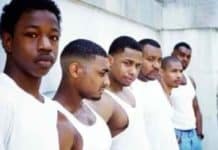