What does it Mean to be a Gig City? Upload Speeds Powering Entrepreneurs 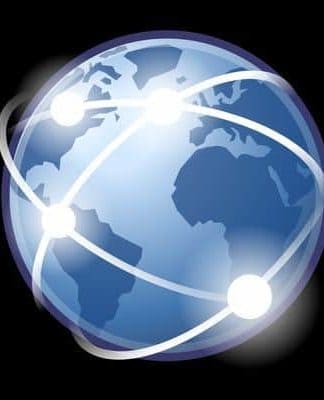 This post by Will Aycock, Operations Manager for the Greenlight Community Broadband in Wilson, North Carolina, is written as part of the ‘Spotlight City’ series at Next Century Cities, a great site for information on cities living today in the next century.  For more features on Wilson, check out this case study and head on over to nextcenturycities.org/.

It’s all about the upload. If you are the owner of a small engineering business with dense blueprints to send to your European clients, or a specialized country doctor who depends on the quick transmission of x-rays, a digital film effects company, or a media artist, your ability to upload your dense information to your clients means business. For GigCity, Wilson, North Carolina, offering gigabit upload speeds to its community is real business for its future.

For most of the country, this opportunity remains out of reach. According to a recent Speed.Net report, upload speeds in the United States compared to the rest of the world are dismal. If you live in Hong Kong (90 Mbps), Singapore (82Mbps) and even Lithuania (44Mbps), you are in the drivers’ seat with the fastest upload speeds in a world where time wasted means money. If you are in the U.S, you’re in the slow lane. We rank 44th at 9.6 Mbps. But not if you live in Wilson. With access to Greenlight’s gigabit residential upload speeds, living in Wilson means being competitive and working easily with the world’s top achievers.

The owners of Wilson-based Exodus FX know this.  Digital artists Brad Kalinoski and Tinatsu Wallace found Wilson in their nearly impossible search for small-town affordability with world-class broadband infrastructure. Two years ago, they started a small growing boutique that caters to the visual effects needs of global film and television production companies. When their broadband rates skyrocketed despite the local broadband infrastructure seriously underperforming, the company’s survival depended on relocating.

“We had to choose an area that could offer a low cost of doing business, while delivering an infrastructure better than that of other states and countries,” wrote Mr. Kalinoski, a three-time, award nominee for his special effects contributions to Black Swan and Lost. “We even considered places like Seattle, Japan, Austin and Kansas City for its Google Fiber. But when weighing the cost of living, cost of doing business, diversity and broadband infrastructure, it really wasn’t much of a debate.” They moved to Wilson.“In less than an eight hour period, we pushed almost 18 Gigabytes of data to and from New York, Los Angeles, Canada and to other states. We are finding that the bottleneck is no longer us, it’s the client’s bandwidth.”

“Timing out” and “that bottleneck” drew web-designer and digital musician, Dave Baumgartner, to Wilson as well. In his old home, Baumgartner remembered, “I would start an upload before dinner, it was still going when I went to sleep, and failed by the next morning.”

Dave moved to Wilson where the Gigabit upload speed allowed him to provide innovative web designs to clients anywhere in the world. “Having a fast and reliable connection also allowed me to test bandwidth-intensive technologies like embedded HD video and audio, and various streaming technologies.” Dave recently recorded a vocal drum track in Wilson for a group based in another state, and then sent the files to their producer in California in what seemed like fractions of a second. In between all that, Dave and Wilson’s Greenlight operations found each other. He is now Greenlight’s web designer.

There’s more great information at Next Century Cities.  Check it out!