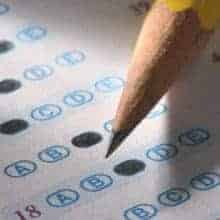 The computerized exams, known as the FSAs, had to be temporarily suspended in many of the state’s largest school districts because of technical glitches with the testing software.

Thousands of students were unable to even log into the system for the writing portion of the tests.

“It is not a capacity or a bandwidth issue, but instead what happened was, AIR did an update to their system the day before testing began,” Stewart says. “Admittedly, that was the wrong timing.”

The timing couldn’t be worse as Florida transitions to its version of Common Core education standards adopted by more than 40 states nationwide.

Broward County is home to the state’s second largest school district and sixth largest in the nation with more than 260,000 students. Testing there was suspended for three days.

“The load and the number of students is going to continue to grow, so one of two things are going to happen,” Runcie stresses. “Either the state and their vendor are going to learn from the mistakes that are made and are going to make the appropriate adjustments and it should be fine. If they
haven’t corrected for it, it is absolutely going to be a disaster moving forward.”

Meanwhile, as testing problems linger, some state leaders say there are simply too many exams taking up too much time in public schools.

The Florida Senate’s Pre-K-through-12 Education Committee has endorsed a bill (SB 616) that would cap the amount of testing time at 5 percent of school hours. It would need the approval of the full legislature and the governor’s signature to become law.