Black Farmers Association and Florida for Care Continue Fight for Inclusion of Minorities in SB 7066. 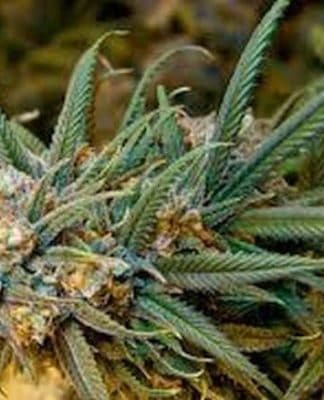 SB 7066 is the low THC medical marijuana bill filed by Senator Bradley, R-District 7, which has a requirement where nurseries that have been in business for at least thirty years are the only ones that can apply for a license to grow and process the medicine. Earlier this week Rep. Matt Caldwell, R-North Fort Myers, who sponsored the amendment last year that allowed the requirements stated, “I thought the ones who’ve been here the longest should be the first in line.”

This requirement makes it impossible for black farmers to even apply for one of the five highly sought after licenses- However, the Black Farmers and Agriculturalists Association is not going to sit idly by while this bill is pushed through committees.

Last week during the Health Policy Committee meeting members from the association stood lobbying against the requirement stating the injustices to not only the black farmer, but the small farmers in Florida. Howard Gunn, an Ocala farmer and President of the Florida Black Farmers and Agriculturalists Association said, “We basically would love to get into this business. We see the profitability. We think the black farmers can somehow make a better living”

An Amendment to SB 7066 has been filed that will change the requirement. The Amendment sponsored by Minority Leader, Senator Joyner of District 19, should it pass, will allow nurseries who have been in business for five consecutive years to apply for one of the highly sought after licenses.

Right now the Rules Committee is meeting and will vote on the amendment to change the requirement from thirty years to five. Florida for Care is hopeful this egregious requirement will no longer exist. “When you see such a large group of people being marginalized, it’s much easier to understand the injustice of this rule”, said Dan Rogers, Director of Legislative Affairs, “and let’s face it, no one wants to be called racist. This requirement is racist- it may not have been intentional- but there’s no denying the reality.”

The Black Farmers Agriculturalists Association is not going to rely on hope. They are at the Rules Committee this morning to once again lobby for their right to apply for a license. “5 years will be a lot better than 30, but I have constituents with me that believe there should not be any restrictions.” Stated Howard Gunn. In regards to the overall status of the bill he said, “We are hopeful the right decision will be made that will help all people and not just some people. We understand it’s been a long time coming for patients.”

“Florida for Care is about creating a free and robust market- passing this amendment will bring us closer to that goal.” said Ben Pollara, Executive Director of Florida for Care.

Florida for Care will spearhead legislation in March of 2015 in Tallahassee, setting the standard for what the state’s medical marijuana system should look like and how it can function most effectively. Such a system must balance three core principles: first, safe, affordable patient access; second, a tightly controlled state regulatory structure; and third, a robust, free market commercial enterprise.

The Obama Justice Department Had a Plan to Hold Police Accountable for Abuses. The Trump DOJ Has Undermined It.