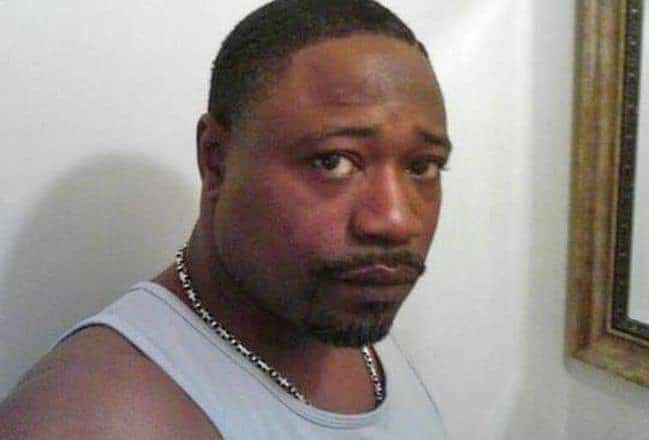 COLUMBIA, S.C. (FinalCall.com) – What began as a minor traffic stop apparently for a malfunctioning tail light ended with a homicide. Another Black man, another White cop and another video of a police officer killing an unarmed person.

The amateur recording showed Michael Slager, 33, a North Charleston, S.C., police officer calmly squeezing the trigger of his gun eight times—firing at the back of 50-year-old Walter Scott, a Black laborer, forklift operator and father of four.

“We’re tired of Black men getting shot down and killed in cold blood,” said DeAndre Muhammad, the Charleston representative of the Nation of Islam.

With the killing of Walter Scott, Trayvon Martin, Tanisha Anderson, Michael Brown, Tamir Rice, Eric Garner and others—men and women—shot down by police, we must recognize we are not in a post racial America, said Student Minister Muhammad. “This is an outright war and attack on Black people in general and Black males in particular.”

The Charleston County Coroner’s Office declared Mr. Scott died from multiple gunshot wounds to the back, and ruled his death a homicide. Coroner Rae Wooten said an autopsy was performed one day after the shooting, according to media reports.

Mr. Scott was possibly concerned about an outstanding warrant related to back child support payments.

However an outraged community says being shot in the back as seen on the video is never justified.

The video from the camera phone recorded by Feidin Santana placed a spotlight on continued concern about police officers brutalizing, terrorizing and killing Black, Brown and poor people.

“This technology in the hands of regular people is what alerts the citizenry of what’s going on,” said Thandisizwe Chimurenga, the Los Angeles-based author of “No Doubt: The Murder(s) of Oscar Grant.”

“It is a great tool in the hands of regular people to put a check on police officers’ actions and hold them accountable, but more is needed from a policy level,” she said.

Many also say without the video, the slaying of Walter Scott would have been logged as another justifiable homicide.

Originally Off. Slager told investigators he feared for his safety and Mr. Scott struggled to take his taser.

The video contradicted the Slager claim and showed him shooting Mr. Scott from a distance, as the man ran away.

The video caused authorities to change the story they initially circulated in the press. It resulted in Off. Slager’s arrest, said James Johnson of the National Action Network-North Charleston branch.

“The police chief defended the policeman for three days stating that we would see in evidence that Mr. Scott took the taser from the officer,” Mr. Johnson told The Final Call.

Only after receiving a copy of the tape did officials call a press conference “within an hour” announcing Off. Slager would be arrested and charged with murder, he explained.

The common practice in police incidents is to believe the word of the officer, said analysts.

Because of the video there are growing calls for to hold other officers involved in the Scott death accountable as initial versions of events appear false.

The National Bar Association, America’s largest Black lawyers group, is demanding the firing of some officers who showed up after the shooting.

“In light of the fabricated statements made by Officer Slager and the incomplete police report filed by Officer Clarence Harbersham, the National Bar Association is demanding the immediate termination and indictment of Officer Harbersham and any other North Charleston police officer who filed a false police report,” the group said April 13.  Other media reports allege several officers, including officers Slager and Habersham, did not perform CPR on Mr. Scott.

According to a report of Columbia’s daily newspaper, The State, police in South Carolina fired their weapons at 209 people in the past five years. Few officers were accused of illegal shootings and none convicted of crimes, according to an analysis by The State.

The analysis also found at least 101 Blacks were shot resulting in 34 fatalities. In comparison 67 White suspects were shot at with 41 fatalities. Four other shooting victims were classified as Latino, Asian or Native American.

“I believe the police are part of the mechanism of control and containment, part of the record of terrorism and keeping certain populations in their place—people of color, immigrants, working class people.  I believe they’re part of the hammer used to terrorize these types of populations,” said Ms.  Chimurenga.

Mr. Johnson described North Charleston policing as suppressive with poor people regularly preyed upon. “(Police) are not immune to killing a Black person,” he remarked.

Recently South Carolina authorities have arrested police officers for grave crimes—though none have been convicted yet. The state’s actions in charging and arresting officers runs counter to decisions other places to not charge officers or to pass the decision to charge or not grand juries—grand juries which refuse to come back with indictments.

What will happen with prosecutions of officers in South Carolina remains to be seen.

The South Carolina Law Enforcement Division said the agency is following the law—whether  infractions by police or the public.

“Our position is that we follow the law, and when someone violates the law, they’re to be held accountable, said SLED spokesman Thom Berry, in a telephone inquiry with The Final Call.

SLED would not comment on the calls for the arrests of other officers involved in Mr. Scott’s case.

On the same day of Off. Slager’s April 7 arrest, SLED announced the re-arrest of Justin Craven, 25, a White police officer from North Augusta, S.C., who allegedly shot through a car window killing Earnest Satterwhite, in February 2014. According to a copy of the arrest warrant provided by SLED, Off. Craven is charged with a felony, “discharging a firearm into a vehicle while occupied,” which if convicted carries a penalty of up to 10 years in prison, a fine of up to $1,000 or both.

Media reports said the 68-year-old Black grandfather was killed after police followed him on a slow speed chase that ended in his driveway. Off. Craven fired into the closed car window and was outside his legal jurisdiction, according to accounts of other officers who picked up the pursuit after it crossed county lines. The arrest warrant also reveals the incident was recorded on video.

The new felony charge is stiffer than the “misconduct in office” charge meted from a grand jury that was significantly less than manslaughter charges initially sought by state prosecutors. Citing an active investigation, SLED spokesperson Berry declined to answer Final Call questions about the timing of the Craven arrest on the same day as Off. Slagen’s arrest and growing hostility stemming from the Scott killing.

Addressing the question of timing—in a defensive manner—Mr. Berry only said critics were “making an assumption.”

Asked if he was denying the Slagen charges had anything to do with timing in the other case, the spokesperson told this reporter, “you will have to talk to others about that.”

In another South Carolina case, former Highway Patrolman Sean Groubert, 31, released a barrage of bullets at Black motorist Lavar Jones at a Columbia, S.C., gas station during a traffic stop. Mr. Groubert was fired, arrested, and charged with assault and battery of a high and aggravated nature and released on bail last year.

But is the arrest of and murder charge Off. Slager faces enough?

“I think it’s a little too late,” said Charleston community activist and Pastor Thomas Ravenall. The relationship “has been horrible for years” between the police and the Black community, he said.

“Black people are fired up and angry,” said the pastor. Animosity has been brewing for a long time, he added.

According to the National Bar Association, just two percent of police officers are charged with use of excessive force and less than .002 percent are actually convicted.

Some advocates for justice in police brutality cases say stronger legislation is needed.

“Mr. Scott’s case is now the poster child for why there is an immediate need to pass legislation to establish a succinct definition and mandatory training for escalation of force,” said Pamela Meanes, president of the National Bar Association. Until Congress passes such laws “we will continue to see police officers murder African Americans and the ‘law’ deem it ‘justifiable’ or ‘self-defense,’ ” she said.

Other advocates are convinced that a new and revolutionary solution is needed.

“There is a climate of total dissatisfaction,” said Student Minister Muhammad, referring to the criminal justice system and law enforcement.

“We really need to start looking at these situations and see it as a wake-up call for us to do something for ourselves,” he said. “Because the justice system is corrupt to the core; it is racist to the core.”

The shooting accelerated the debate in South Carolina around body cameras and led to the grant for the equipment.

“It won’t make a difference,” predicted Student Minister Muhammad. “That was a move just to pacify Black people in North Charleston as if they are really doing something. It was a political move more than a sincere act to give justice or security to Black people.”

The system is corrupt and body cameras don’t address the attitude and mindset of Whites who control the city, he added.

For Ms. Chimurenga the structures that are supposed provide checks and balance deter civilians and protect law enforcement.

Black and Brown communities are capable of defending and protecting themselves and that kind of discussion needs to happen, she said.

“The police are a threat to Black and Brown public safety,” added Ms. Chimurenga.