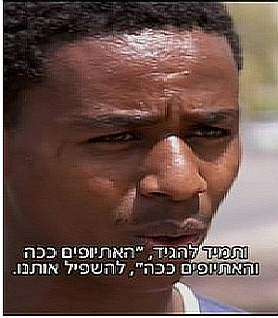 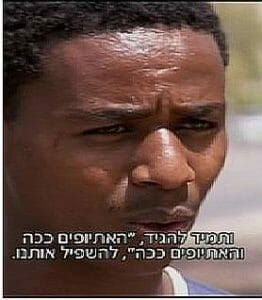 (TriceEdneyWire.com) – A recent march by Ethiopian Jews in Jerusalem, Israel’s capital, to protest a beating by Israeli police erupted into violence after protestors hurled rocks and bottles at them. More than 1,000 marchers protested the beating by two white Israeli police officers of Damas Pakada, an Ethiopian-born Israel Defense Forces soldier.
The beating occurred on or about April 27 in an unprovoked attack in Holon, near Tel Aviv, according to Al Bawaba, which operates websites in the Middle East. The march was sparked by a video showing police beating Pakada, 21. The Israeli police department suspended both police officers pending further investigation, according to news reports.
The marchers chanted, “Police State!  Stop the violence, stop racism,” according to news accounts.  The protest, which occurred in late April, was peaceful until nightfall, when marchers hurled rocks and bottles at police.
Al Jazeera America reported that the protests in Israel are similar to those occurring in Baltimore, New York City and Ferguson, Mo., following killings of unarmed black men by police. In an article headlined, “Echoes of Baltimore on the Streets of Jerusalem,” Al Jazeera noted that Ethiopian Jews raised their hands high into the air to show they were unarmed as they confronted armed Israeli police.
Ethiopian Jews are heavily discriminated against in Israel. Al Jazeera reported that Ethiopian Jews are 1.25 percent of the Israel’s population but 30 percent of the country’s jail population.  Ethiopian culture and Ethiopian strands of Judaism in Israel are largely ignored or willfully eroded by the Israeli mainstream and Israeli rabbinical institutions have fought against recognizing Ethiopian kahens or spiritual leaders of the community, Al Jazeera reported.
Pakada’s brother told reporters when he saw the film clip he thought it was a joke. “I was sure it was a prank, that it is a clip from the U.S. of white cops beating black citizens for no reason. Only by the army uniform, could I see that was my brother.”