Without Justice, School Reform Is Not Enough 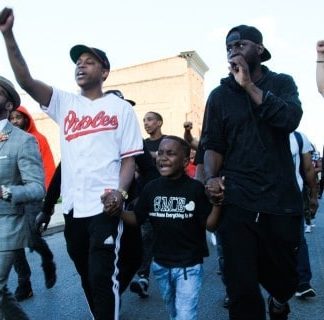 - Advertisement -
(Black PR Wire) Those of us who work in education reform realize getting young people into better schools is one way to improve lives and change communities. We fight tirelessly to increase the educational options families have, and raise the quality of education students receive.
The smoke rising in Baltimore serves as yet another reminder that America’s legacy of injustice and racism continues. Our struggle to improve education, increase opportunity, and give young people pathways to full dignity in the cities their parents and grandparents built is as necessary as ever.

Students in Baltimore City Public Schools (BCPS) face a mixed situation. They have lower test scores than the state or national average. Their SAT scores averaged 1126 out of 2400 last year. Less than half of BCPS seniors passed their high school assessment.

At the same time, it’s not all bad news. There are some real signs that trends are going in the right direction. Graduation rates and SAT scores are up. More students are taking advanced placement exams, and dropout rates have been halved from 24 percent in 2010 to 12 percent in 2013.

I don’t see the same rightful trends when it comes to the social, political and economic realities for children and families in Baltimore. Black unemployment there is double the rate for whites. The rate for men 20 to 24 years old is a staggering 34 percent. Just 1 in 10 black men has a college degree and black households have a median income of $33,000. According to a recent article there is a 20-year difference in life expectancy between Baltimore’s most affluent neighborhood, Roland Park, and one of its poorest, Hollins Market, six miles away.

President Obama recently called for more focus on education programs to address the strife Baltimore is facing. As education advocates, we agree. Yet, the fight for better schools is not enough.

The president gets it right when he says:

If we think that we’re just going to send the police to do the dirty work of containing the problems that arise there, without as a nation and as a society saying, “What can we do to change those communities, to help lift up those communities and give those kids opportunity?”

I have one suggestion of what will help young people in Baltimore.

Stories of unarmed black men and women dying at the hands of police officers are out of hand. The alarming frequency of these incidents assaults our sense of decency and looks too much like the lynching era.

The most recent victim is Freddie Gray, a 25-year-old black man in Baltimore, who sustained a spinal cord injury while in police custody, then died. His death has prompted people of good conscience to protest. It also has drawn a small number of frustrated youths into the streets, which has resulted in rock throwing, cars on fire and destroyed property. The unrest closed city schools and inspired a five-day citywide curfew. The governor declared a state of emergency and called in the National Guard to maintain order.

The protests gave way to impromptu celebrations after six police officers were charged in Gray’s death, with offenses that ranged from second-degree murder and manslaughter to assault, false imprisonment and misconduct.

This is what it looks like when a nation gives up on a people and fails to see their struggle, their humanity and their worth. We ignore these uprisings at our own peril.

What This Means for Education Reform

A poor education diminishes opportunity for students, families and communities. I believe in education as the gateway to good lives. Still, fixing schools is only one part of addressing a bigger issue.

The fight for better schools is the right fight for all of us. It opens up the hope that marginalized young people will have the skills they need to succeed in the mainstream economy. At the same time, we can’t let school reform be the refuge of people who want to pay lip service to social justice without demonstrating any real commitment to it, beyond focusing narrowly on the life of students inside classrooms.

They died because police officers killed them and apparently killing black people is still acceptable in America.

Chris Stewart is Director of Outreach and External Affairs of Education Post, a non-partisan communications organization dedicated to building support for student-focused improvements in public education from preschool to high school graduation.

NOTICE OF ACTION TO ESTABLISH PATERNITY