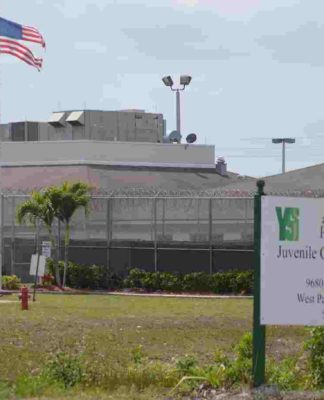 TALLAHASSEE, Fla. – Activists are protesting tax breaks for the $3 billion private prison industry, which runs seven facilities in Florida. They protested at a real estate conference in New York last week about a loophole that lets private prison companies claim to be in the real estate business, which lets them pay less income tax.

“That’s just more money that they can use to buy politicians, to buy the kinds of laws that are criminalizing people of color, poor people and immigrants,” said Ian Trupin, an organizer for the Responsible Endowments Coalition.

Boca Raton-based Geo Group, the second largest private prison company in the United States, says it is providing a public service. Opponents such as Trupin are leery of the campaign donations the firms have made to prominent politicians such as U.S. Sen. Marco Rubio, R-Fla., and Gov. Rick Scott.

“Coinciding with their support of Rick Scott, they actually won three federal contracts last year,” Trupin said. “This kind of relationship actually really shows the connection between their ability to lobby politicians and get new contracts.”

Several Florida activist groups are pushing cities and universities in the Sunshine State to divest their holdings in private prison corporations.