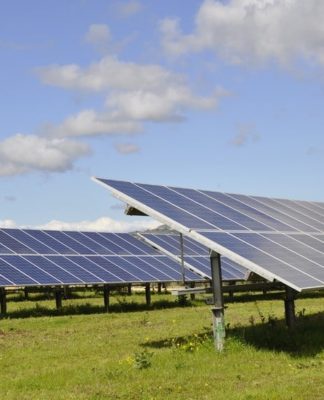 The Disney-controlled taxing district, The Reedy Creek Improvement District, voted at the end of last month in favor of accepting a 15-year contract agreement with Duke. The agreement will allow the energy company to lease the land from Disney, which will buy solar power in return.

Sprawling across nearly 20 acres, the massive solar farm occupies the areas near World Drive and Epcot Center Drive. Construction is expected to begin later this summer and the facility is slated to be fully operational by the end of the year.

The steadily falling prices of solar panels — which has dropped some 80% since 2008 — makes plans to arrange the plant’s 48,000 solar panels in the shape of a Mickey Mouse head cost effective.

A spokeswoman from Disney did not know exactly what percentage of the famous resort’s power would come directly from the new solar farm, however the 5-megawatt solar powerhouse is equal to roughly 1,000 average residential solar rooftop systems.

Both Disney and Reedy Creek officials said the new project is just a small part of an overall effort towards increased sustainability. Other efforts include a factory that converts scraps of food into electricity and fertilizer. Also, the recent conversion of its bus fleet to a more sustainable fuel source is estimated to cut emissions by as much as half.

In addition to reducing the resort’s carbon footprint, the Duke Energy solar facility will create area jobs. This comes at a time when unemployment rate among the African American community has fallen below 10% for the first time since President Obama was elected seven years ago. Furthermore, as blacks continue to make notable gains, the labor force gap between black and white workers — whose unemployment has held flat at 4.7 percent for some time — is the narrowest it’s been since September 1999.

Giuliani’s Words Do More than Hurt – They Divide

Who Taught Haters To Hate?