Lego Worlds is available now, at £11.99, via the Steam gaming platform. Its final release, featuring classic and modern playsets and popular mini-figures, is expected in 2016.

Features will be added in response to feedback from players of the game.

Lego already sells Minecraft playsets so gamers can physically build their virtual creations. And Lego Worlds will invite fans to do the same in reverse.

Tom Stone, managing director of TT Games, which will release Lego Worlds, said it “embodies the physical, Lego brick-building fun that consumers have enjoyed for decades, on a digital platform that delivers an entirely new type of experience with the beloved bricks”.

“From the brick-by-brick editor, to discovering an expansive range of items, characters and creatures to populate your worlds – the creative possibilities are endless,” he added.

Daniel Goldberg, who has written a book about the growth of Minecraft, said he “was surprised that it has taken them so long”.

“Minecraft is exactly what Lego should have done 10 years ago,” he said.

“I’m sure it will be a massive success for them.”

Markus Persson, the Swedish video games developer who came up with Minecraft, has made no secret of his enthusiasm for Lego, and the admiration appears to be mutual.

Speaking last year, David Gram, Lego’s marketing director, said: “Minecraft is digital Lego. We only wish we had invented it.”

Mr Goldberg thinks Mr Persson, known as Notch, will be “flattered” by the game.

“Lego was his favourite toy as a child and was the main inspiration behind Minecraft, so it is nice to see things coming full circle,” he said.

“I don’t think that there will be any animosity. Games developers in general tend to be flattered when someone copies an existing game.”

Lego is marketed at children but also for a hardcore of adult enthusiasts.

Minecraft, which was bought by Microsoft last year, has also managed to appeal to both adults and children.

“The audience for Minecraft, has proved itself to be quite big, so I’m sure there will be room for both games,” said Mr Goldberg. 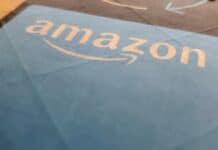 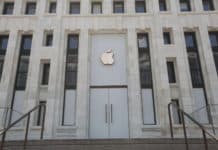