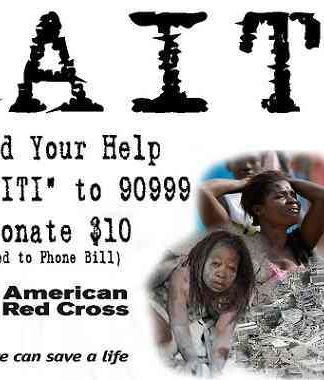 Haitian journalists grilled an American Red Cross official Wednesday about the group’s Haiti program, but the official declined to provide any new details of how it spent nearly $500 million donated after the 2010 earthquake.

The Red Cross called a press conference, held at the Le Plaza Hotel in downtown Port-Au-Prince, in response to ProPublica and NPR’s story published last week revealing a string of Red Cross failures in Haiti.

The American Red Cross official at the press conference was repeatedly interrupted by Haitian reporters frustrated that he would not give specifics on its spending:

The official, Walker Dauphin, criticized our story for making “misleading allegations” and said that “in total, more than a hundred projects were implemented.”

But Haiti’s most prominent newspaper, Le Nouvelliste, wrote that Dauphin was merely “retracing the broad strokes of the interventions and expenses 2026 while avoiding going into detail.” The paper ran the story on its front page under the headline, “When the Red Cross drowns the fish,” a reference to sidestepping a touchy subject.

Jean-Max Bellerive, who was prime minister of Haiti when the earthquake hit, also publicly criticized the American Red Cross, telling Le Nouvelliste that the Haitian government must “take legal actions to demand accountability.”

In the United States, Rep. Rick Nolan, D-Minn., has called for the House oversight committee to hold hearings on the Red Cross’ Haiti program. The story has also prompted anger and calls for investigation in a number of states. In Atlanta, an activist and Georgia state senator interrupt a Red Cross spokesman: “They do not deny anything that’s been said and just direct you to some website,” said Sen. Vincent Fort.

Red Cross spokeswoman Jana Sweeney said in a statement: “The Red Cross is happy to talk with any member of Congress who has questions about our relief work in Haiti, or elsewhere.”

This story originally appeared on ProPublica.

Annie Waldman contributed to this story.

ProPublica is a Pulitzer Prize-winning investigative newsroom. Sign up for their newsletter.