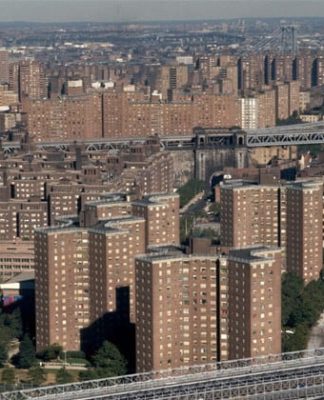 The New York City Housing Authority, the country’s largest public housing agency, has fallen far short of its pledge to make fixes to residents’ apartments in a timely manner and eliminate a massive repair backlog, an audit by New York City Comptroller Scott Stringer has found.

In fact, the housing authority was reporting repairs in such a way that “obscures the actual amount of time it takes NYCHA to fully complete repairs,” the audit found.

The findings of the audit echo ProPublica’s earlier this year describing the misleading ways that NYCHA tracks and tallies repairs. The New York Daily News had also raised questions about how NYCHA was reducing its repair backlog.

In one case that we observed in April, NYCHA effectively counted a repair as fixed after a worker simply put a bucket under a leak. A spokeswoman for the agency called it “an oversight.”

The comptroller’s office found a pattern of inadequate responses from NYCHA.

More than 40 percent of residents in a survey by the comptroller said that their repair issues were not fully resolved. One in five said NYCHA workers didn’t show up for appointments.

In a written response to the audit, NYCHA’s general manager, Michael Kelly, said the agency is “committed to changing the way we do business.”

He also pledged to fix how they tally repairs. As ProPublica detailed, NYCHA’s manner of tracking repairs has left the impression that repairs are completed even if only partial work had been done.

Kelly added that the agency itself isn’t solely to blame, pointing to “billions in underfunding by all levels of government, outdated and inefficient management models, and rapidly deteriorating buildings” as the underlying reasons for the agency’s ongoing troubles with upkeep and repairs.

The audit specifically noted that NYCHA had failed to comply with policies and procedures on how to address the mold that plagues many NYCHA apartments. The housing authority settled a federal class action lawsuit on mold problems in 2013, promising to fix the underlying causes.

But the mold problems aren’t over. Lawyers for the plaintiffs are seeking to take NYCHA back to court to enforce the promises made in the settlement. At a hearing on Friday, the judge overseeing the case had some sharp words for top NYCHA officials, none of whom attended the hearing, the New York Daily News reported.

Related story: For more of our NYCHA reporting, read NYC Public Housing: Fixing a Leak With a Bucket.