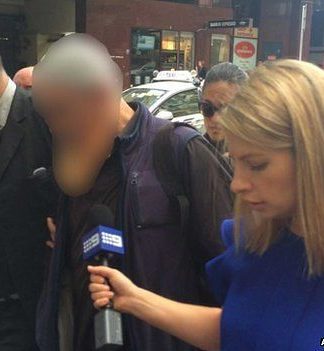 An Australian man has been jailed for eight years for arranging an Islamic marriage between his 12-year-old daughter and a man twice her age.

He said he allowed the girl to marry a 26-year-old Lebanese man, in a ceremony in New South Wales, because he did not want her to have sex outside marriage.

The 63 year old was found guilty in April of procuring a child under the age of 14 for unlawful sexual activity.

During sentencing in Sydney the judge told him he had “failed” his daughter.

She said she hoped the punishment would act as a deterrent to others.

The father, who cannot be named to protect his daughter’s identity, told Downing Centre District Court that he considered sex outside marriage a sin, so when his daughter reached puberty he decided she should marry.

When the Lebanese man, who was in Australia on a student visa, showed an interest, he arranged for a local sheikh to carry out the ceremony.

It took place last year in the Hunter Valley region, around 250km (150 miles) north of Sydney.

The marriage, which is not recognised under Australian law, was consummated at a hotel on the night of the wedding with the father’s permission.

The pair also had sex at the father’s home the following weekend. The court heard that the girl later had a miscarriage.

The man was jailed for seven and a half years in March for the sexual abuse of minor.

Australian authorities are now looking after the victim.

The judge told the court that religious beliefs did not justify the father’s actions. “They were linked in the purpose that (the man) would have sex with his daughter,” she added.