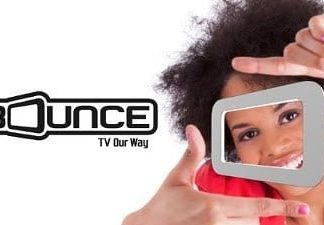 Ratings Soaring as Television’s Fastest-Growing African-American Targeted Network Prepares to Launch Premier Boxing Champions – The Next Round This Sunday, Aug. 2 at 9:00 p.m. (ET)

ATLANTA, July 30, 2015 /PRNewswire/ — Bounce TV has been the #1 African-American targeted television network in the delivery of overall viewers and key demos a dozen times in recent weeks, overtaking BET.

“Bounce TV is firing on all cylinders, as proven by our soaring ratings this summer,” said Jonathan Katz, Bounce TV Chief Operating Officer.  “We’ve made significant investments in successful new original series like Mann & Wife and Family Time, proven hit sitcoms like The Bernie Mac Show and an ever-growing library of iconic theatricals that resonate with our audience.  And this Sunday, we are proud to add championship-level live sports to our schedule with the debut of Premier Boxing Champions – The Next Round. We expect Bounce TV’s incredible growth trajectory to continue.”

Premier Boxing Champions comes to Bounce TV this Sunday, August 2 at 9:00 p.m. (ET), with the debut of the new monthly series PBC – The Next Round, which will showcase the sport’s future stars and potential champions. The network will also stream the telecast live on BounceTV.com.

The main event for the series premiere of PBC – The Next Round will be a 12-round World Bantamweight Championship fight between Juan Carlos “Baby Pacquiao” Payano (16-0, 8 KOs) and Rau’shee “Nuke” Warren (13-0, 4 KOs).  Fred Hickman (CNN Sports, ESPN) will host PBC – The Next Round, Fran Charles (NFL Network, MLB Network) calls the blow-by-blow action and former Super Welterweight World Champion Austin “No Doubt” Trout provides insight and analysis.

How an Alleged Racist Email from Authorities Led to the Criminal Prosecution of an Investigative Journalist, and the Arrest of a Cop