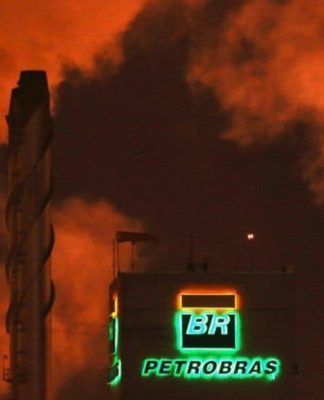 Prosecutors said the aim was to prevent evidence being destroyed.

The bribery scandal has undermined the standing of the current President, Dilma Rousseff.

Mr Collor denied any wrongdoing and posted on social media that “the measure was invasive, arbitrary and flagrantly unnecessary considering that the facts of the case have been investigated for at least two years… and I have never even been called to give any clarification.”

Fifty-three searches were carried out “in homes, offices, company headquarters, law firms and public institutions.” the police said in a statement.

The police said the operation had taken place in the Federal District of the capital Brasilia and six states.

Since March last year the Petrobras investigation, nicknamed by police “Operation Car Wash”, has placed former Petrobras executives and some of Brazil’s most powerful construction contractors behind bars.

Thirty-four congressmen and one state vice-governor are under investigation.

But President Rousseff, who chaired Petrobras when much of the corruption is believed to have taken place, has been cleared of involvement.

Is the GOP Ready to Support Trump?

With 150,000 Dead and Polls in Free Fall, Trump Seeks a Culture War