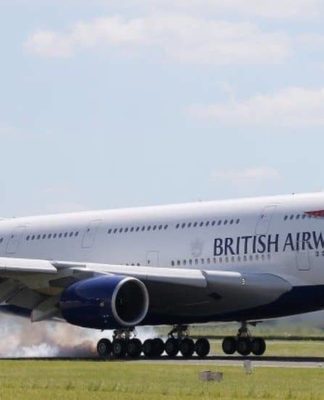 British Airways has said it is stopping all flights to and from Uganda as they are “no longer commercially viable”.

The last flight out from Entebbe airport to London’s Heathrow will depart on 3 October 2015, the UK carrier said.

However, their rates are not as competitive as the ones offered by other airlines, says BBC Uganda analyst Alex Jakana.

It offers the luxury of direct flights from Uganda to the UK, but some Ugandan travellers prefer to use airlines going via the Middle East, despite the longer journey time, he says.

In a statement, British Airways said it was “sorry for any disruption” to travellers who had already booked their flights.

Entebbe is Uganda’s busiest and only international airport.

Every week, at least 49 domestic flights and 490 international flights depart from there, according to the travel website Tripadvisor.

VIDEO: Much ado about Shakespeare’s puffing?