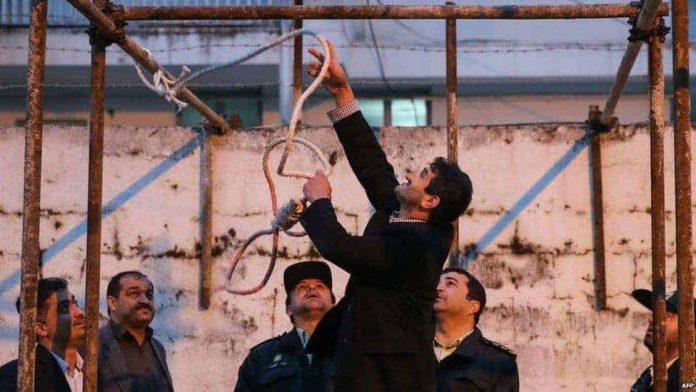 There has been an “unprecedented spike” in the number of executions in Iran, Amnesty International has warned.

The rights group said it believed 694 people were killed between 1 January and 15 July, almost three times the figure acknowledged by the authorities.

Amnesty said the surge was disturbing as the death sentences were invariably imposed by courts “completely lacking in independence and impartiality”.

“They are imposed either for vaguely worded or overly broad offences, or acts that should not be criminalised at all, let alone attract the death penalty,” it added.

“Trials in Iran are deeply flawed, detainees are often denied access to lawyers, and there are inadequate procedures for appeal, pardon and commutation.”

As of 15 July 2015, the Iranian authorities had officially acknowledged 246 judicial executions this year but Amnesty International said it had received reports of a further 448 executions.

If confirmed, that would be the equivalent to more than three a day.

In 2014, 289 people were executed according to official sources but reports suggested that the real figure was at least 743, the group added.

“Iran’s staggering execution toll for the first half of this year paints a sinister picture of the machinery of the state carrying out premeditated, judicially-sanctioned killings on a mass scale,” said Said Boumedouha, deputy director of Amnesty’s Middle East and North Africa programme.

He added: “The use of the death penalty is always abhorrent, but it raises additional concerns in a country like Iran where trials are blatantly unfair.”

Amnesty said the reasons behind the surge in executions were unclear, but that the majority of those killed in 2015 were convicted of drug charges.

Iran’s anti-narcotics law provides mandatory death sentences for a range of drug-related offences, including trafficking more than 5kg (11lbs) of narcotics derived from opium or more than 30g (1oz) of heroin, morphine, cocaine or their chemical derivatives.

Amnesty said this was in direct breach of international law, which restricts the use of the death penalty to only the “most serious crimes” – those involving intentional killing.

“For years, Iranian authorities have used the death penalty to spread a climate of fear in a misguided effort to combat drug trafficking, yet there is not a shred of evidence to show that this is an effective method of tackling crime,” Mr Boumedouha said.

Among those executed are members of ethnic and religious minorities convicted of “enmity against God” and “corruption on earth”, including Kurdish political prisoners and Sunni Muslims.

Amnesty said that several thousand people were believed to be on death row on Iran. In many cases, they are notified that they will be executed only a few hours beforehand. The families of those executed are sometimes informed days, if not weeks, later.