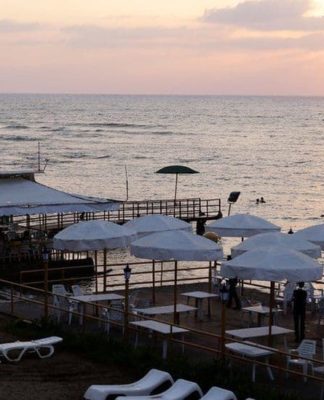 Israeli special forces were responsible for the assassination of a Syrian military official in 2008, a leaked US intelligence file says.

Brig Gen Mohammed Suleiman was shot by a sniper while at a beach resort near the Mediterranean port of Tartous.

Israel has never commented publicly on suspicions that it was involved.

But a document leaked to The Intercept website by American whistleblower Edward Snowden says Israeli naval commandos were behind the shooting.

Former US intelligence officers said its classification markings indicated the National Security Agency (NSA), for which Mr Snowden worked as a contractor, had made the discovery through monitoring Israeli communications.

Arab media reported at the time of Suleiman’s killing said he was shot in the head and neck by a sniper on board a yacht on the night of 1 August 2008 while he was having dinner at his beachfront home.

Some sources said Suleiman was President Bashar al-Assad top security aide; others that he served as Syria’s “liaison” with the militant Lebanese Shia movement, Hezbollah.

A 2007 cable from the US embassy in Damascus, published by Wikileaks in 2010, described him as “special presidential adviser for arms procurement and strategic weapons”.

Another cable, sent after Suleiman’s assassination, said the officer enjoyed a reputation as having “special status and proximity to Bashar”. He was believed to have “managed special projects for Assad, some of which may have been unknown to the broader Syrian military leadership”, it added.

The cable also said “the most obvious suspects are the Israelis”.

“[Syrian government] security services are well aware that the coastal city of Tartous would offer easier access to Israeli operatives than would more inland locations such as Damascus,” it explained.

On Wednesday evening, The Intercept published a top-secret entry in the NSA’s internal version of Wikipedia, called Intellipedia, which appeared to confirm the embassy’s suspicions.

“The assassination of Syrian Brigadier General Mohammed Suleiman by Israeli naval commandos near Tartous, Syria, was the first known instance of Israel targeting a legitimate government official,” it states.

The entry is labelled as “SI”, which according to the US intelligence classification manual means it is “technical and intelligence information derived from the monitoring of foreign communications signals”.

Neither the NSA nor a spokesperson for Israeli Prime Minister Binyamin Netanyahu responded to requests for comment, The Intercept said.

The Syrian government’s investigation into Suleiman’s death was redirected after $80m in cash was uncovered in his home, according to a 2009 US diplomatic cable. President Assad was said to be “devastated by the discovery” and wanted to find out “how the general acquired so much money”.

Suleiman’s death came less than six months after the assassination in Damascus of Hezbollah’s military chief, Imad Mughniyeh, in what is now believed to have been a joint operation by Israel’s Mossad intelligence service and the US Central Intelligence Agency.

The Assault on Sexual Misconduct

Trump tweets he and Melania test positive for COVID-19