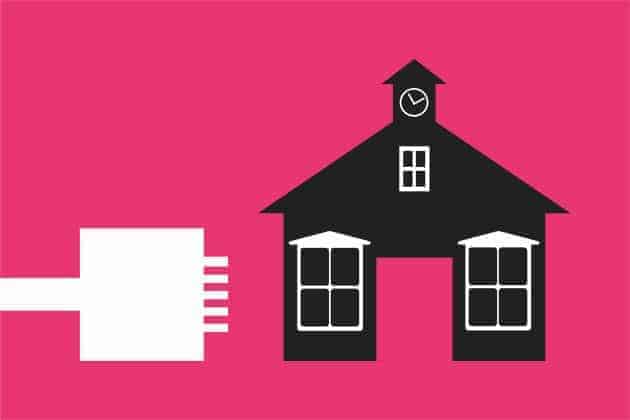 For seven years, a Wisconsin telecom consultant has waged an unsuccessful legal fight against AT&T, alleging that the company long defrauded a federal program by overcharging the nation’s schools and libraries for Internet and telephone services.

Now an appeals court in the District of Columbia has given new life to his case.

The little-noticed June 23 ruling concluded that the complaint by Todd Heath was properly filed under the U.S. False Claims Act – a decision that could lead to the disclosure of AT&T’s internal records about the federal program known as E-Rate.

E-Rate was set up in 1997, at the dawn of the Internet era, to avert a digital divide between rich and poor students by subsidizing telecommunications services to schools and libraries. Its multibillion-dollar budget comes from fees added to the bills of most people with cellular or landline phone contracts.

At issue in the court case is a rule established at the program’s inception that requires providers to set rates for schools and libraries at the lowest prices offered to comparable customers. The theory was that bargain rates would help schools in less-wealthy areas provide their students with access to the Web.

An investigation in 2012 by ProPublica found that the preferential pricing rule had been widely neglected by AT&T and the Federal Communications Commission, which oversees the program. The result was that many schools were paying more than the program’s framers envisioned, draining the federal fund and limiting the reach of the subsidies.

AT&T said then, and reaffirmed in a recent email to ProPublica, that it complies with the requirement that it charge such customers what is known as the “lowest corresponding price.”

Heath, whose consulting work involves helping school districts obtain refunds from telecom overcharges, first sued Wisconsin Bell, a unit of AT&T, in 2008, alleging that the company routinely withheld information about the available lower rates from public school and library customers and billed them at higher levels. He filed it as a whistleblower case, meaning he would secure a percentage of any damages if Wisconsin Bell were found liable or reached a monetary settlement.

While that case made its way through the court system, Heath in 2011 filed another whistleblower lawsuit in Washington against AT&T and 19 of its subsidiaries for allegedly defrauding E-Rate from 1997 to 2009.

AT&T, one of the largest national suppliers to E-Rate, declined to estimate its revenues from the program. Heath’s filings claim that Wisconsin Bell alone–one of many AT&T units involved in E-Rate–provided at least $150 million in E-Rate services and equipment over the years.

Last year a D.C. district court judge granted the company’s request to toss out the national suit, on grounds that Heath’s Wisconsin action meant the follow-on case shouldn’t qualify for whistleblower status. But on June 23, the D.C. Court of Appeals reversed that decision.

The three-member appellate panel found unanimously that the Wisconsin suit, filed in 2008, focused on “seemingly rogue Wisconsin Bell employees” while the Washington case, “by contrast, alleges fraud and its concealment arising from a centralized and nationwide corporate policy of failing to enforce known statutory pricing requirements.”

The panel went on to dismiss another AT&T objection that the complaint wasn’t specific enough to meet procedural standards.

“We disagree,” the judges said. “The complaint lays out in detail the nature of the fraudulent scheme, the specific governmental program at issue, the specific forms on which the misrepresentation were submitted or implicitly conveyed, the particular falsity in the submission’s content, its materiality, the means by which the company committed the fraud, and the timeframe in which the false submissions occurred.”

Heath, in an interview, said he was “pleased that the case is going to move forward and I’m looking towards to the discovery phase,” where he seeks access to AT&T documents.

The FCC declined to comment on the federal case against AT&T.

Meanwhile, the FCC is expanding E-Rate to catch up with changes in the digital era. Late last year the commission decided to increase the program’s budget cap from $2.4 billion to $3.9 billion, part of a re-orientation to ensure schools and libraries can install high-speed broadband connections.

The FCC also clarified the pricing rule and bolstered resources for enforcing it. While it has yet to make public any enforcement action against a provider, the commission also began requiring companies to certify they are complying with the rule as part of a separate auditing process. Last year those audits identified violations of the rule by two carriers and the program is seeking to recover about $350,000, according to the FCC.

The commission also has strengthened its educational efforts about the preferred rate; it now tells companies, in a primer on the rule, that a customer “is not obligated to ask for it, but must receive it.”

On July 1 a federal judge in Wisconsin dismissed a motion by Wisconsin Bell to throw out Heath’s lawsuit and allowed him to amend his original complaint.

AT&T, in an emailed statement, said the court rulings “do not address the merits of the cases” and “we comply fully with the E-Rate requirements, including the lowest corresponding price rule, and no court has ever ruled otherwise. We will vigorously defend against these allegations.”

The Department of Justice, which has the right to join in whistleblower lawsuits, decided not to participate in Heath’s case. A spokeswoman declined to comment on the appeals court opinion but said that the agency retains the right to enter the matter. If the federal government teamed up with Heath, he’d get a smaller share of any potential recovery but his lawyers could benefit from the government’s investigatory resources during the litigation.

Related stories: For more coverage of inequality and technology, read ProPublica’s previous reporting on the telecom industry’s lobbying against public broadband, the resegregation of public schools and a charter school power broker.