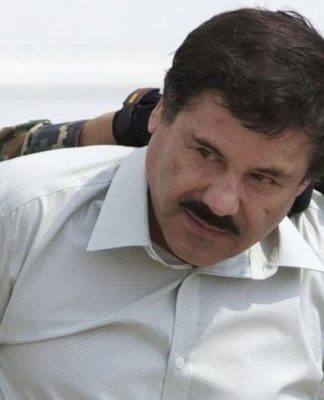 In a statement, Mexico’s National Security Commission said Guzman was last seen in the showers of the Altiplano jail late on Saturday night.

He was the leader of the Sinaloa cartel, which smuggles huge amounts of illegal drugs into the US.

His recapture in 2014 was hailed as a victory for Mexico’s government.

Officials say that Guzman’s escape was discovered when officers checked his cell in the Altiplano prison, which is near Mexico City.

A search operation has been launched and flights have been suspended at a nearby Toluca airport.

Guzman escaped from a Mexican high-security prison in 2001. He hid in a laundry basket after bribing prison officials.

He had been serving a sentence of more than 20 years after being arrested in Guatemala in 1993.

The US has indicted him on federal drug trafficking charges.

His arrest last year was a success story for Mexican President Enrique Pena Nieto. At the time of his arrest Guzman was paraded before the media in Mexico City.

Guzman was born in the town of Badiraguato, probably 57 years ago, and became an important figure in the drug cartels of the 1980s.

His rise to head of the Sinaloa cartel made him the world’s most wanted drug trafficker.

The cartel controls much of the flow of cocaine, marijuana and methamphetamine to the US.

Before his recapture in 2014, the US state department had offered a reward of up to $5m (£3.2m) for information leading to his arrest.

OP-ED: The Division in Black Thought