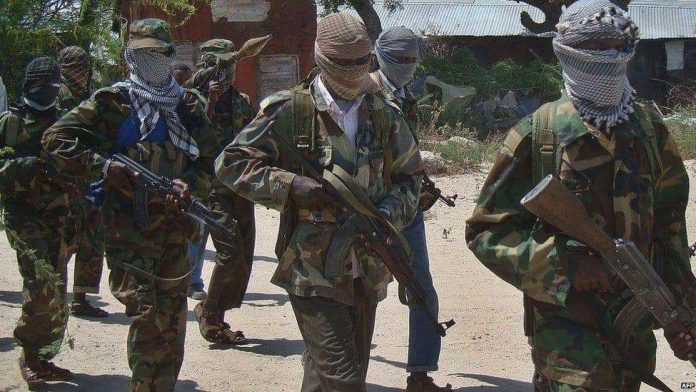 Two hotels have been attacked in the Somali capital Mogadishu, followed by a sustained exchange of gunfire.

A police officer said four people had been killed.

The BBC’s Moalimu Mohammed, in the city, says the two hotels were busy with people breaking their Ramadan fast when they were attacked at 18:10 local time (15:10 GMT).

Islamist militant group al-Shabab has reportedly said it was behind the attack.

Our reporter says the two hotels – the Wehliya and Siyaad – are among the best known in the city.

The Siyaad is near the presidential palace. Mogadishu’s main street has been partially closed.

“Car bombs rammed into the hotels named Wehliya and Siyaad. Then our fighters stormed in,” an al-Shabab spokesman told Reuters.

There was also a mortar attack on a base of the African Union (AU) force in the city at the same time.

The AU is helping the government battle al-Shabab, which is part of al-Qaeda.