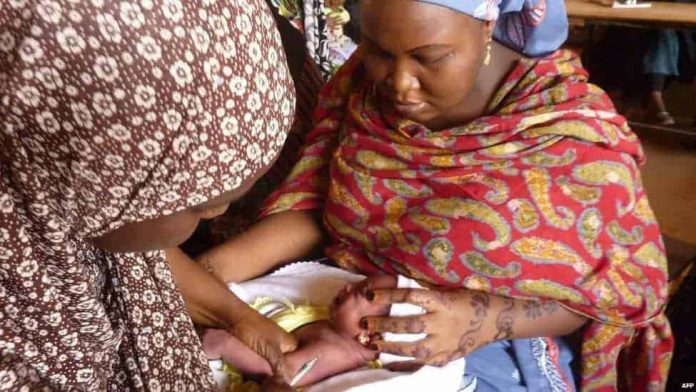 Nigeria has made a vital step towards being declared polio free, after marking a year without a recorded case.

It can now be taken off the list of countries where the disease is endemic, if the World Health Organization (WHO) confirms the results.

Nigeria had struggled to contain polio since some northern states imposed a ban on vaccinations in 2003.

Pakistan and Afghanistan are the only countries to record cases in 2015.

Global health experts are hoping polio can become only the second human infectious disease to be eradicated, after smallpox.

Nigeria will still have to wait a further two years without a recorded case to be certified as polio free.

Polio can only be prevented by vaccination as there is no cure.

The 2003 immunisation ban in some northern states followed allegations by some state governors and religious leaders in the mainly Muslim north that vaccines were contaminated by Western powers to spread sterility and HIV among Muslims.

Independent tests ordered by the Nigerian government in 2004 declared that the vaccines were safe.

But there was still some hostility in a few areas to vaccination drives, with violent attacks against health workers.

The last attack was in 2013 when nine polio vaccinators were shot dead at health centres in the northern Nigerian city of Kano.