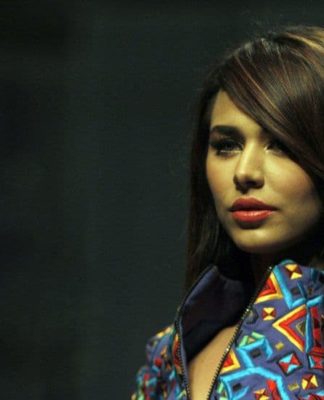 Pakistani supermodel Ayyan Ali, who has been in jail on money smuggling charges, has been released from prison.

The model was detained at Islamabad airport in March after she was found carrying $500,000 in cash in her suitcase – above the legal limit that can be carried out of the country.

Ms Ali, who denies the charges, was granted bail by a Lahore court on Tuesday, and left prison on Thursday.

The 21 year old is one of Pakistan’s most successful models.

Ms Ali was escorted from the high-security Adiala jail in Rawalpindi on Thursday after her release papers were signed.

There is intense media interest in her case in Pakistan, and there were reports of journalists tailing Ms Ali’s car as she was driven away.

Ms Ali was arrested on 14 March after the authorities found $500,000 in her suitcase, well above the $10,000 legal limit of cash that can be carried out of Pakistan.

Ms Ali said the money was acquired legitimately from the proceeds of property sales and that she was unaware of the customs rules.

Prosecutors have said that if convicted, the model could be forced to pay a heavy fine and face a 14-year jail term.

Her case has sparked intense debate over how celebrities are treated in Pakistan’s justice system, with speculation over whether she has received favourable treatment in jail, or been unfairly singled out because of her fame.

Notice to Creditors – Estate of Francois

Eye of the Beholder

Save Our Cities: Education, Jobs & Justice