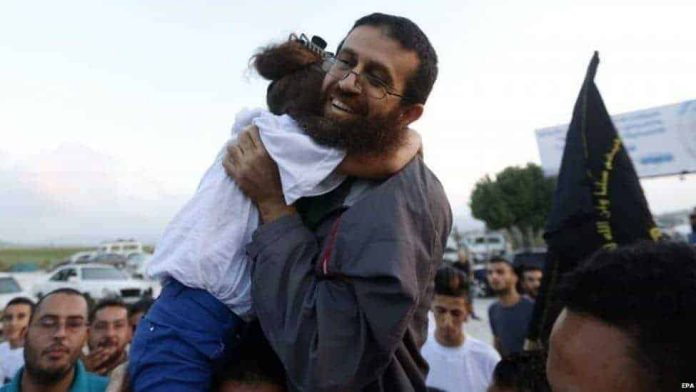 Israel has freed a Palestinian prisoner who had held a 56-day hunger strike in protest at his detention.

Khader Adnan, 37, an Islamic Jihad activist, had been held for more than a year without charge under the Israeli “administrative detention” policy.

The hunger strike had left him in critical condition. He ended it on 28 June following a deal with Israel securing his release.

Gaza-based Islamic Jihad had threatened violence if he died.

Mr Adnan was arrested as part of a wave of Palestinian detentions following the kidnap and murder of three young Israelis in June 2014.

Mr Adnan, who comes from Jenin in the occupied West Bank, has been arrested a number of times by Israel.

He previously held a hunger strike in 2012 to secure his release.

Under “administrative detention” Israel can hold suspects indefinitely for renewable six-month periods. The controversial measure has been criticised by human rights groups.