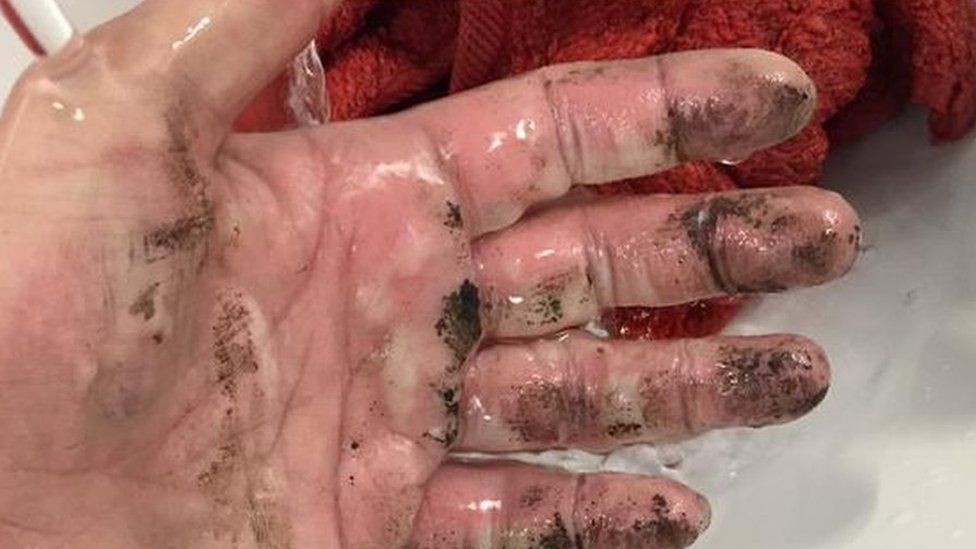 A medical student sustained burns to her hands after she woke up to find her bedroom floor had caught fire from an exploding phone charger.

EE say they are investigating as a matter of urgency after Katy Emslie woke up at 1am on Friday to “smoky soot in the air” and a “firework noise.”

Her EE power bar had exploded whilst charging in her laptop.

Katy, from Aberdeen, told Newsbeat: “There was soot all over the carpet.

“At that point I was like ‘Oh my god something has exploded’ so I got out of my bed. 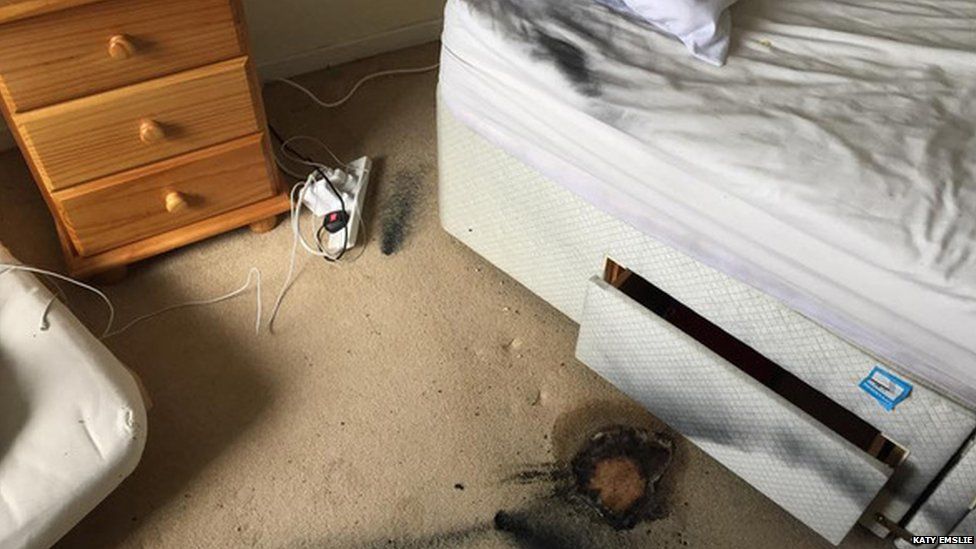 “The yellow wire was still on my desk, but I looked down and there were flames underneath my bed, so I grabbed my bed and lifted it up.

“I was screaming for my mum to come through at this point and trying to get the flames out with my hands. 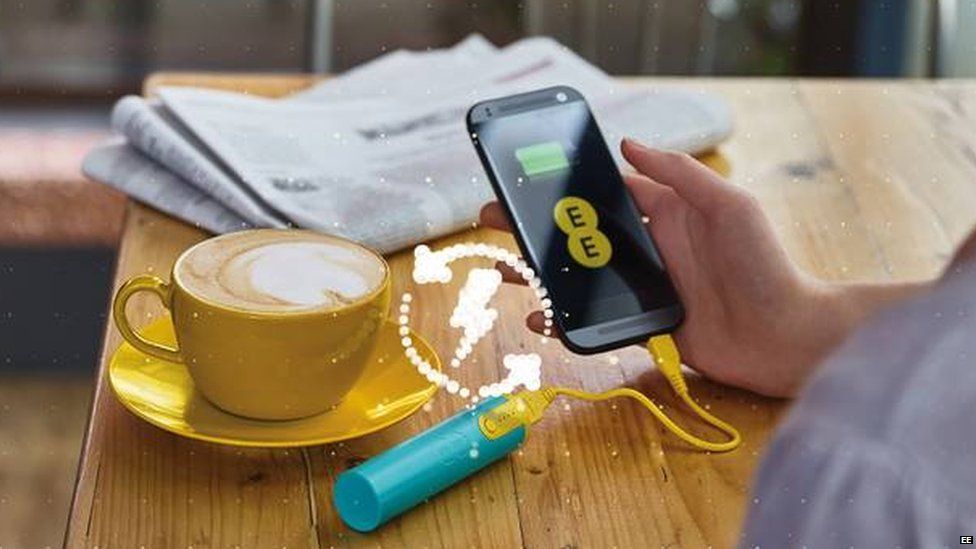 Image caption An advert for the free EE chargers

“I panicked because there was actual flames as opposed to embers. I was terrified because I thought it was going to either burn through the floor or catch fire onto the bed.

“My mum grabbed a wet towel and put the flames out but there was still bits of power bar behind my bed when we checked it the next day. 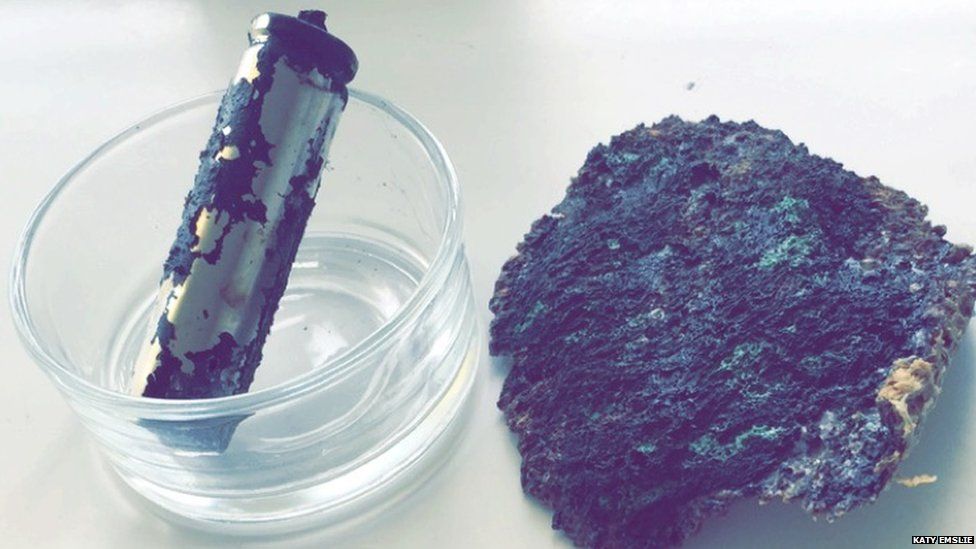 Image caption The remains of the charger

Katy’s burns to her hands are so severe she can’t do her Tough Mudder challenge at the weekend.

“I’ve had my hands redressed today and had them deroofed which is what they call it when they open up all the blisters and cut away the dead skin and let the fluid drain,” She explains.

“I’ve got another dressing on it but I’ve got to go back on Wednesday and go back on Friday.” 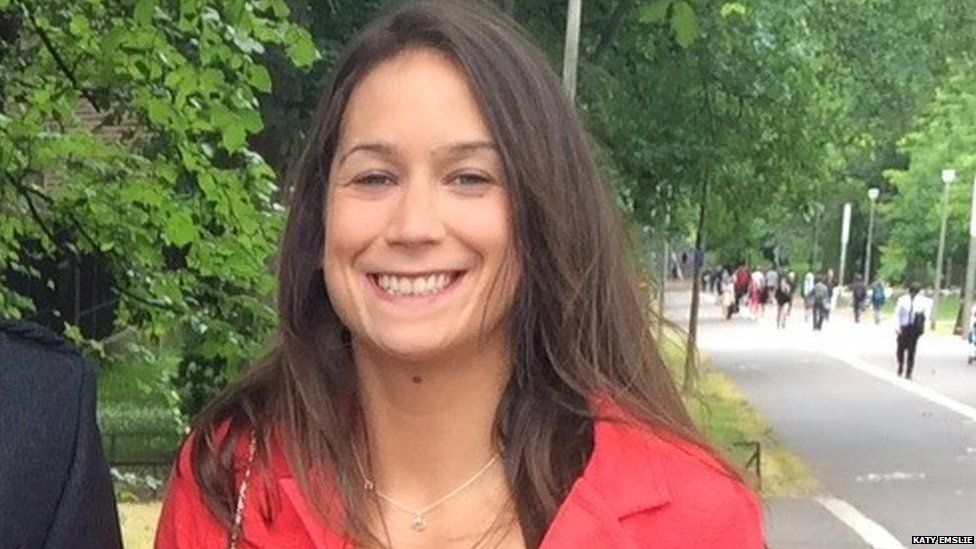 EE power bars are given out free to EE, Orange and T Mobile customers and advertised as a portable way to charge phones when away from a plug socket.

EE told Newsbeat: “We’re sorry to hear about Ms. Emslie’s experience. All of our products undergo stringent safety tests. We’re in touch with the customer and are investigating as a matter of urgency.”

The Adventures of Keeno and Ernest “The Banana Tree”