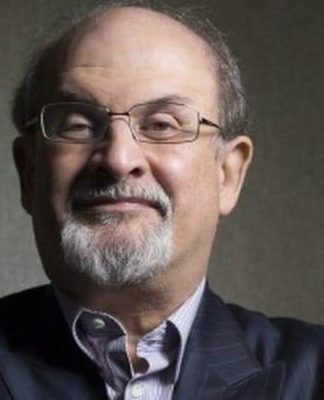 “The joke has worn thin. I’m tired of having your opinions ascribed to me. Pls tweet under your own name. Thanks”, the author tweeted to the account.

The owner of the handle immediately changed the name to @IndiaExplained, prompting thanks from Sir Salman.

The issue was resolved amicably, but some Indians online have accused him of shutting down freedom of expression.

The Indian parody account is popular with more than 30,000 followers.

“It gave me a chance to pay homage to Rushdie and other writers while being able to reflect and comment on things that matter to me”, the owner of the account, Rohit Chopra told Indian news website Scroll.in.

In its new avatar, the account has promised to provide “satirical and political commentary on India”.

A number of Indian parody Twitter accounts have been in trouble with those they tried to send up.

In one instance, the office of former Indian Prime Minister Manmohan Singh asked Twitter to block the account of @PM0India (which used a zero instead of a ‘O’) because of “objectionable content”, which “could be mistaken as the official account of the PMO and have serious ramifications.”

TGR: The Chosen One