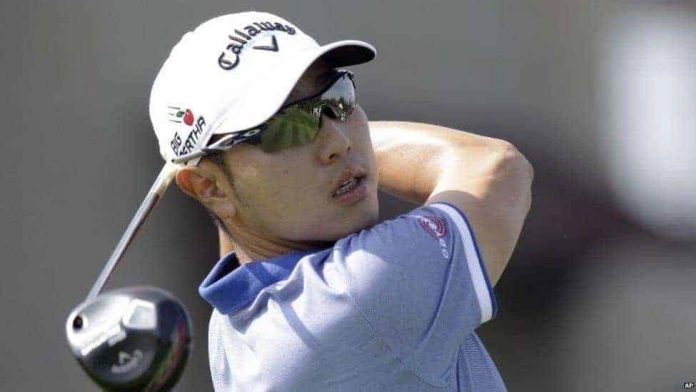 All able-bodied South Korean men are obliged to complete two years of military service between the ages of 18 and 35.

Bae had hoped to delay his service to continue his golfing career, but the Daegu court said the military had been right to deny the request.

He said he would “humbly accept” the ruling, said the Yonhap news agency.

Bae, who is based in the US, also apologised to his fans, saying he had been “doing the best” he could to extend his stay so he could remain in competition.

“But the court’s ruling today reminded me of the fact I should put my duty as a South Korean citizen ahead of my golfing career,” he said.

“I decided that I can mature further as a golfer by returning home as soon as I can and complete my mandatory military service.”

‘All dreams are precious’

Bae is currently ranked 107 globally by the PGA.

The court said it was aware Bae would financially lose out by missing out on PGA Tours, but said that “for everyone facing conscription, dreams are all precious”.

“If an athlete is allowed to arbitrarily schedule when he’d enter the military because he’d lose more money than others, then it would damage the idea of fairness in conscription and also the morale among the troops.”

Bae, who is currently competing in the RBC Canadian Open in Ontario, has not yet indicated when he will return to South Korea.

Proposed changes to the PGA Tour regulations could, however, mean he would be allowed to return to the tour at the same level after completing his military service.

The rules, expected to be approved next week, would mean that “mandatory obligations” would be considered alongside medical and family crises as grounds for allowing a player to return despite missing key competitions.