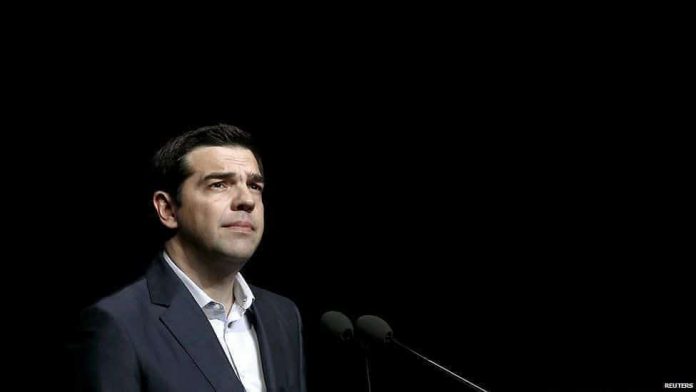 The Greek parliament will vote on Wednesday on a second set of reforms needed to secure its bailout deal.

If MPs approve the financial and judicial reforms, Greece will be able to press ahead with negotiations for an €86 billion bailout from its creditors.

Prime Minister Alexis Tsipras rallied his Syriza colleagues on Tuesday, saying the Greek people had “pinned their hopes” on staying in the euro.

The vote is expected to pass with the support of opposition parties.

But Mr Tsipras needs to avoid a significant rebellion from within the ranks of Syriza. Some 32 of the radical-left party’s 149 MPs – including former finance minister Yanis Varoufakis – voted against the first tranche of bailout measures last week. Another six abstained.

The rebellion reduced Mr Tsipras’ support within his own ruling coalition to just 123, barely more than the minimum 120 required to sustain a minority government.

“Syriza as a party must reflect society, must welcome the worries and expectations of tens of thousands of ordinary people who have pinned their hopes on it,” he reportedly said.

Last week’s vote was about the austerity measures imposed by Greece’s creditors – a mix of economic reforms and budget cuts demanded by the eurozone countries and institutions before bailout talks could continue.

The measures that will come before the parliament on Wednesday are of a more structural nature – a code of civil protection aimed at speeding up court cases and the adoption of an EU directive to bolster banks and protect savers’ deposits of less than €100,000.

More contentious measures – phasing out early retirement and tax rises for farmers – have been pushed back to August.

Greece’s public sector union has called for a protest during the emergency debate in parliament on Wednesday evening.

Asked if the threat of a Greek exit from the euro – or “Grexit” – had passed, EU Economic Affairs Commissioner Pierre Moscovici said on Tuesday: “I think we’ve made a big step in that direction.”

The International Monetary Fund (IMF) confirmed on Monday that Greece had cleared its overdue debt repayments of €2.05bn (£1.4bn) and was no longer in arrears.

The repayments, and another for €4.2bn to the European Central Bank (ECB) due on Monday, were made possible by a short-term EU loan of €7bn.

Greece’s next major deadline is 20 August, when it must pay €3.2bn owed to the ECB, followed by a payment of €1.5bn to the IMF in September.

The Greek government received a small boost on Tuesday when credit ratings agency Standard & Poor’s raised the country’s rating by two notches to CCC+ from CCC-.

On Monday, Greek banks reopened after being closed for three weeks but many restrictions remain and Greeks are facing price rises after an increase in VAT.