Senator to Red Cross: Where’s the Transparency on Haiti? 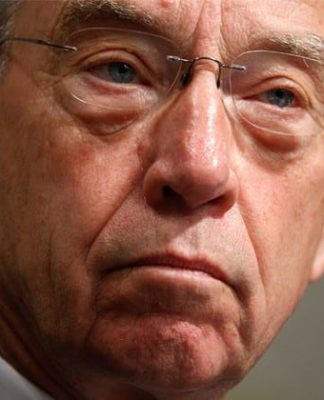 The American Red Cross met a deadline this week to answer congressional questions about how it spent nearly half a billion dollars donated after the 2010 Haiti earthquake, but the group says details can’t yet be released publicly.

And the senator who posed the questions is not satisfied.

“I still have a lot more questions for the Red Cross,” said Sen. Charles Grassley in a statement. “I have other questions about the spending numbers and how they add up and the overhead costs for both the Red Cross and the grantee organizations. Also, I’d like to see more details of the results achieved from each of the partner organizations.”

After taking out a slice for overhead, the Red Cross passed on much of the donated money to nearly 50 other aid groups to do the actual work in Haiti. The Red Cross gave details to Grassley about that money, but it asked the senator not to release the information.

The group told the Iowa Republican that its contracts with other groups do “not permit us to disclose the information to the media or donors.”

“It’s unclear why the Red Cross enters into contracts with other organizations stipulating that details of grants can’t be disclosed to the media or donors,” said Grassley in his statement. “Who’s driving the lack of disclosure, the Red Cross or the grant recipients?  What’s the rationale for it?  It’s hard to see how disclosing the dollar amounts given from the Red Cross to the individual organizations and how those organizations spent the money would harm anyone. I look forward to an explanation.”

The Red Cross did not immediately respond to requests for comment. It’s not clear when or if the other groups will give permission for the information to be released. (Here is a copy of the letter the Red Cross sent this month to one of the groups seeking permission.)

The senator’s office did release 12 of the 72 pages the Red Cross provided in response to Grassley’s questions. The responses released so far contain few new details about the Haiti program.

“Your question asks how many permanent homes have been ‘built,’ but providing permanent homes can be achieved in a number of ways including repair, retrofitting, rental subsidy, and transitional shelters,” the Red Cross said in its response to Grassley.

It’s not clear why the group considers a “transitional shelter” to be providing a permanent home.

The group did provide Grassley with a topline breakdown of its shelter spending.

But as we have previously reported, internal Red Cross assessments have concluded that the group sometimes overcounts how many people it helps.  One internal report on a health project called the beneficiary count ” fairly meaningless.”

That is at odds with internal assessments of some of the group’s projects that found ” no correct process for monitoring project spending.” In the case of $10 million for cholera projects, one of the assessments found that oversight was so poor that “at least one partner mismanaged their funds unbeknownst to ARC [American Red Cross].” It also found that “None of the cholera program partner’s work has been evaluated by ARC and  ARC doesn’t know for sure if the objectives were achieved.”

If you have information about the Red Cross or about other international aid projects, please email justin@propublica.org.