Six Months in China: My Trip So Far! 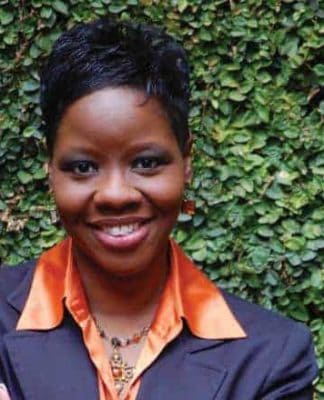 REPOSTED. I’ll be honest. I knew I would be teaching in China and meeting amazing students. However, I didn’t know the name of the school, my actual city or what my new home would look like. When I received this life-changing opportunity; I
just decided to “go for it” and give it my all. My risk paid off because this by far the coolest gift I ever gave to myself. So, I’ve come to the middle of my journey: six months down and six months to go! Here is what I’ve learned so far. Find a nice park bench, grab some coffee and let’s chat, shall we?

1. Scared and Smiling: Ok, I’ve traveled before, but never to THE EAST of the world! China is roughly 11-16 hours ahead, depending on where you live in the United States! My ticket was purchased, bags packed, my visa was in my passport and I was nervous the whole time. Yet, I realized that this was also a trip that was truly going to define the rest of my life. Once I arrived and met my contacts, I started breathing a little slower. If you don’t gamble on yourself, you will never know what you can accomplish.

2. Foreigners are mostly Friendly: Some stereotypes really hold up, but on average, most of the people I’ve met around the world are extremely polite and helpful. They are generally interested in why I chose to visit their home. They are eager to assist if it’s obvious I’m lost or in trouble. They’ll go out of their way to try to make sure I have a good stay in their country. Chinese people are known for being extremely friendly and guess what…..it’s absolutely true!!!

3. Safe and Secure. When people ask me where I’m from (which they usually already know) they get very excited. Being an American in my small town of Liushi is a big deal. I’m not in a major city like Beijing or Shanghai so they see me as an anomaly. They stare at me everyday and often ask to take my picture because seeing a young, well-dressed, African American everyday just blows them away. I’m actually somewhat famous here. Everyone knows the “American Teacher” and wants to “fist bump” with me. Since I’ve been here I’ve had no cause for fear, guns are banned in China.

4. Joan Jett was right: In her classic smash hit, “Bad Reputation”, Joan Jett talks about not caring what people think of her. That pretty much sums up my conclusion on how people see my country. I love my country, and I’ve met people who could care less about us over here in the West. I’ve even met people that didn’t know San Francisco (or California even) had a coastline. Yesterday my entire class had never heard of Oprah!!! Like the French (most of them), a vast majority of people consider Americans rude. I simply responded by saying that, “Americans will tell you how they feel, whether it’s good or bad.” Personally, I think that’s just being direct, but the folks I met say different.

5. Denise is One Cool Chick: Folks, I didn’t know how strong I was! Do you know I’ve been living for six months in a different country, different continent and different time zone? I did it! I made it! It has truly flown by! I’ve seen places only in my dreams and I’m STILL here. I’m so proud of that girl I see in the mirror everyday. I’ve got six months to go….I wonder what more I’ll learn from that cool chick named Denise.