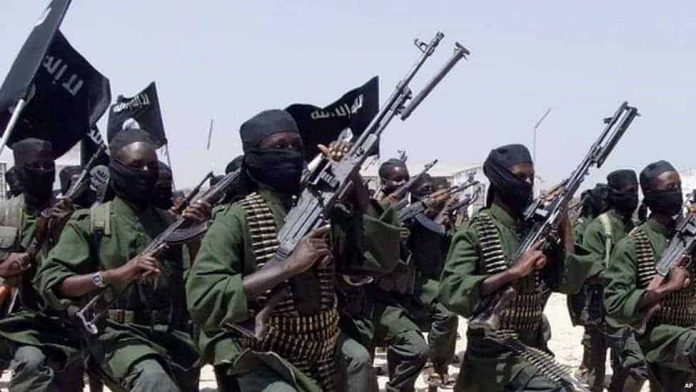 Somali forces backed by African Union (AU) troops have retaken another key stronghold from Islamist militants al-Shabab as part of a renewed offensive.

Residents told the BBC’s Somali service that militants withdrew on Thursday from south-east Dinsor town, which the group had held since 2008.

Al-Shabab used Dinor as a hideout to launch attacks on other parts of Somalia, a BBC correspondent says.

The group is battling Somalia’s government for control of the country.

On Wednesday, al-Shabab admitted it had lost control of the strategic town of Bardere in the same area.

It has not commented on the loss of Dinsor, which lies 270km (170 miles) west of the capital Mogadishu.

The continuing loss of territory means al-Shabab is being cornered into a smaller area, surrounded by Somali and regional forces, BBC Somali analyst Abdinur Mohamed says.

It is highly unlikely that the group will be able to retake any of the towns it has lost in the latest offensive, he adds.

“The insurgents have fled after losing the battle… the troops are now conducting security operations to clear the town,” Somali Defence Minster, Gen Abdulkadir Sheikh Ali Dini told the AFP news agency, despite residents reporting that the town was taken without a fight.

Last week, the AU and Somali forces launched “Operation Jubba Corridor”, an offensive aimed at flushing the al-Qaeda-linked group out of the largely rural areas of southern Somalia it controls.

AU troops have been in the country since 2007 helping various UN-backed governments fight al-Shabab – and there is now a force of more than 21,000 in the country.

Over the last four years, the militants have been driven from most of the key towns they once held but they still control rural areas in the south.

Somalia has seen clan-based warlords, rival politicians and Islamist militants battle for control since the fall of long-serving ruler Siad Barre in 1991.