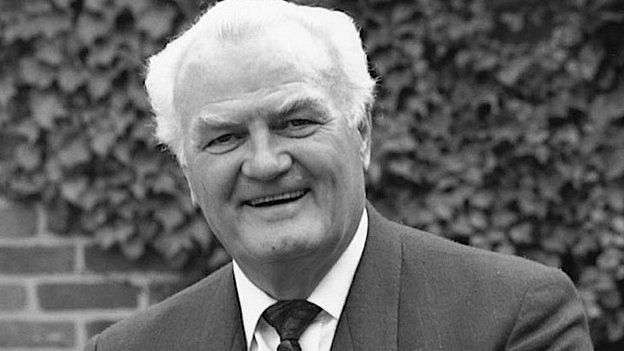 Tenor Jon Vickers, considered by many to be one of the greatest opera singers of the 20th century, has died aged 88.

A family statement announced the Canadian singer’s death “with great sadness… after a prolonged struggle with Alzheimer’s disease”.

Vickers’ career spanned three decades and saw him sing some of opera’s most challenging roles.

His distinctive voice was described by one reviewer as holding “100 colours and inflections”.

His family paid tribute to “his ringing laughter, warmth, and generous spirit”.

Born in rural Saskatchewan in 1926, Vickers was described as “a deeply religious and private man”.

At 24, he won a scholarship to the The Royal Conservatory of Music in Toronto, where he studied for five years.

He was invited to audition for London’s Royal Opera House in 1956, where he made his debut the following year.

In 1958, he debuted at the Bayreuth Festival as Siegmund in Wagner’s Die Walkuere (The Valkyrie), which launched his international career and become one of his signature roles.

The same year he starred opposite Maria Callas’ Medea at Covent Garden.

He achieved his greatest fame in the 1960s, as part of the Metropolitan Opera in New York, with his critically acclaimed performances of Tristan in Wagner’s Tristan and Isolde and the eponymous Peter Grimes.

“The meeting of character and singer,” critic Leighton Kerner said of Vickers’ Grimes, “has proved to be one of the mightiest collisions in 20th century opera”.

Vickers claimed that his approach “hung on the music, absolutely – everything I do as an actor I find a motivation for in the music”.

His deep faith – he was once dubbed “God’s voice” – saw him refuse to perform some roles on moral grounds, specifically, Tannhauser.

A recipient of many honours and awards, including two Grammys and a Companion of the Order of Canada, Vickers announced his retirement in 1988.