Boy, 17, charged with raping a family friend, 9, he had been ‘sexually abusing since the age of 3’ 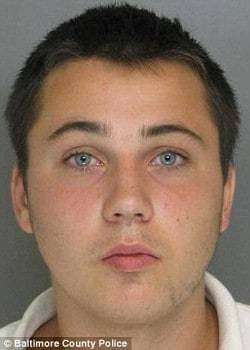 A 17-year-old boy has been charged with multiple rapes of a nine-year-old family friend who he has sexually abusing since she was three.

The girl reportedly told police that several times a year the 17-year-old has forced her to engage in various sex acts, including intercourse, at different state and county fairs.

A farmer at the fair became suspicious when he saw Fleming and the girl.  He alerted the girl’s father, who in turn called police.

He is being held at the Baltimore County Detention Center on $500,000 bond.

Net Neutrality Could Hurt The Careers Of Indie Musicians