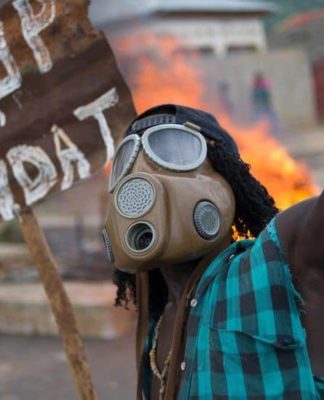 The rights group details how people arrested for allegedly taking part in demonstrations have been mistreated to extract information.

The government has not yet responded.

Burundi has experienced months of turmoil following April’s announcement that the president would run for a third term.

Dozens of people died following clashes between police and protesters and many were arrested.

Amnesty International alleges that some were beaten with iron bars and burnt with acid.

One man said that he had a five-litre container full of sand tied to his testicles.

Another says that he revealed the names of other demonstrators after he was deprived of sleep and threatened with violence.

The rights group has called for the beatings and torture to stop and wants an “independent and impartial investigation”.

Mr Nkurunziza was re-elected in July after taking nearly 70% of the vote in a poll boycotted by the main opposition parties.

The African Union did not send observers – the first time it has taken such a stance against a member state, while the US and the European Union expressed concern that the elections were not free and fair.

In his inauguration speech last week, the president promised to end the violence within two months.