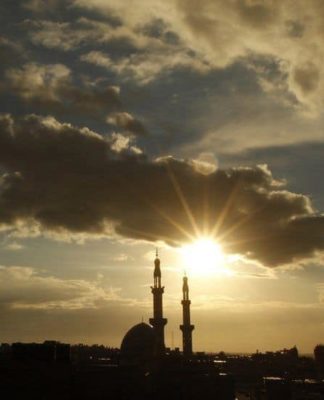 An Egyptian muezzin is facing disciplinary action for altering the words of the call to dawn prayer.

The country’s ministry of religious affairs is taking legal action against Mahmoud al-Moghazi, the cleric of the Nile Delta town of Kafr al-Dawar.

Worshippers at the Sayed Ghazi mosque have lodged complaints against him.

He has been suspended pending an investigation.

On a TV chat show on Sunday night, one of the worshippers came on air and accused Mr Moghazi of being a heretic. “Because of his inventiveness we have stopped praying at his mosque,” the caller said.

But in response, the cleric accused the caller of not frequenting the Sayed Ghazi mosque and of being a sympathiser of the banned Muslim Brotherhood.

On the programme, Mr Moghazi also threatened to go on a hunger strike in protest at his suspension and appealed for President Abdul Fattah al-Sisi to exonerate him.