Ethiopia jet stowaway gets to Sweden 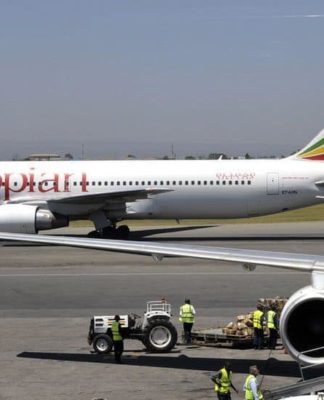 An Ethiopian man hoping to get asylum in Sweden has been found in the hold of an airliner after a flight from Addis Ababa to Stockholm.

He was handed over to Swedish police after a medical check at Arlanda airport. His health is said to be good.

The hold of the Ethiopian Airlines jet would have got very cold during the long flight. There was a stopover in Rome, but he is believed to have come all the way from Addis Ababa.

Such cases are rare, officials say.

“When the staff were going to unload the baggage, they found the man. He was in good shape, but we made him see a nurse,” said Henrik Klefve, spokesman for airport operator Swedavia.

Swedish police officer Anders Faerdigs said “he says he works at the airport in Addis Ababa and he had a badge with him.

“That’s how he had been able to move freely around the airport, reach the plane and get in the cargo hold.”

Police say he may have been in a section of the cargo hold that is warmer, and where animals are transported.

Swedavia said only authorised personnel would normally get access to the hold.