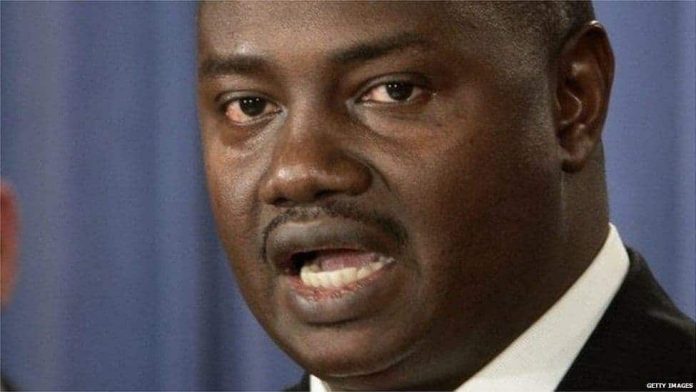 Nigeria’s anti-corruption boss Ibrahim Lamorde has denied allegations that $5bn (£3.2bn) has gone missing at the commission he heads.

A Senate committee is investigating charges that assets and cash recovered by the Economic and Financial Crimes Commission (EFCC) were diverted.

Mr Lamorde told the BBC it was a smear campaign, as the EFCC was prosecuting the man making the allegations.

This showed that the case “should not be taken seriously”.

Senator Peter Nwaoboshi, who is championing the investigation, was passed the petition by George Uboh, a security consultant.

Mr Uboh is currently fighting charges of stealing government property, which he denies.

Mr Lamorde said that even if all the money recovered by the EFCC was added up, together with its funding from government, it would not total $5bn.

“How can we divert an amount we don’t have?” he asked.

Many accuse the Senate of a political vendetta against the EFCC boss.

But Senate President Bukola Saraki has denied there is an ulterior motive in the investigation against Ibrahim Lamorde.

Mr Saraki is himself facing eight charges of fraud by the anti-corruption agency.

These charges relates to his role at the defunct Societe General Bank of Nigeria and his tenure as governor of Kwara state for eight years.

In July, the EFCC invited his wife, Toyin Saraki, for questioning over the inflow of funds into companies where she has interests.

She was accompanied to the commission headquarters by a number of serving senators loyal to the senate president.

The exact figures of seized assets was in the process of being audited by a reputable firm, the EFCC chief told the BBC.

“We want to have a comprehensive report that could stand the test of time… from the day the commission was created in April 2003 to date… so that we can put it in [a] public space and any person who has issues with that can challenge it.”