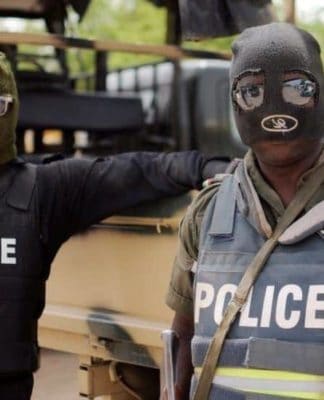 More CCTV cameras would also be installed in cities and major towns to curb crime, he added.

Inadequate security has been blamed for the authorities’ failure to defeat the militant Islamist group Boko Haram.

The police are part of the national task force fighting the insurgents in the north-east of the country.

Although the militants have lost their strongholds this year, they are still active and there has been an upsurge in suicide attacks since Mr Buhari took office.

A senior officer told the BBC that the police force had an estimated 375,000 officers at the moment.

Nigeria needs much more than an additional 10,000 policemen to rein in crime. The number of police officers compared to the country’s population is below the UN’s recommended benchmark of one police officer per 400 citizens.

The existing police officers lack adequate equipment and training, leaving the force with a very large number of under-trained, ill-equipped and poorly motivated personnel. The decision to assign some of the existing police officers to provide security for VIPs and their families further depletes the capacity of the force to provide security for all.

But some Nigerians believe the president’s decision to recruit more officers could be a beginning of a total reform of the police force as the president also promised more training and focused on human rights.

President Buhari told a police security summit in the capital, Abuja, on Monday that a federal anti-terrorism agency would be established to deal with future conflicts.

He said that the government would also train and equip police to address the challenges facing the country.

But he urged the officers to respect human rights and other international conventions in carrying out their duties.

The president did not say when the recruitment would start.

Apart from the Boko Haram insurgency, Nigeria’s security is also being threatened by ethnic conflict mostly between Fulani herdsmen and farmers in central part of the country.

Police are also struggling to cope with kidnappings and armed robbery in the south.

OPIOIDS AND ADDICTION: A Governors Roundtable on State Approaches to Treatment