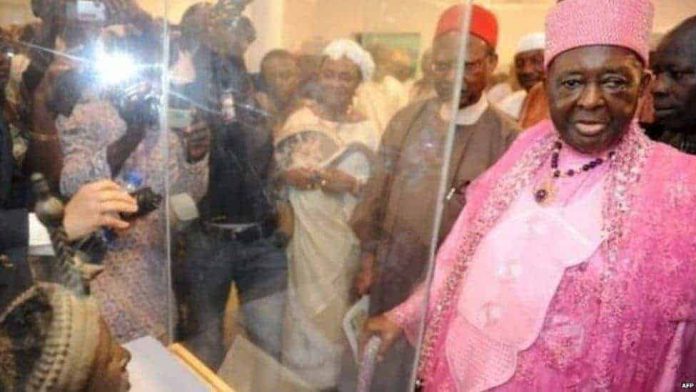 A revered monarch in south-west Nigeria, the Ooni of Ife, is to be buried with thousands of people expected to attend his funeral.

Traditional rites to honour Oba Okunade Sijuwade – the king of the Yoruba, Nigeria’s second biggest ethnic group – will be held in the city of Ife.

Banks and other businesses have been closed, one resident told the BBC.

The 85-year-old sovereign died in London in July but his death was only announced on Wednesday.

Analysts say this was not surprising as the royal court first needed to have extensive consultations and begin the search for a successor before the announcement could be made.

He was respected by most Yorubas, who number about 35 million, in south-west Nigeria, Togo and Benin.

The Ooni was said to be the direct descendant of Oduduwa, who is a Yoruba god.

“We have been told to close to our businesses for seven days and stay indoors until the funeral is over,” a resident of Ife said.

He told the BBC Hausa service that the restriction of movement was to respect the traditional rituals.

Traditional rulers, politicians and other dignitaries are expected to attend the ceremony.