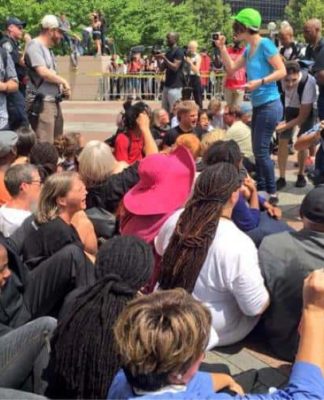 
Activists at a peaceful protest were arrested at the Department of Justice office in St. Louis, Mo. on Monday as witnessed in vines uploaded by Twitter user and activist DeRay McKesson (@deray).

Protestors were apparently staging a sit-in, urging the DOJ to do its job in the face of police violence, blocking off the entrance to the building. McKesson tweets that the police were present, and then noted that arrests begin shortly after their arrival. Activists Cornel West and Johnetta Elzie (Netta) were among those arrested and eventually, McKesson himself was also taken into custody, shortly after filming Elzie’s arrest.

Will Black America Make Major Strides Toward Unity in 2016?

How to Do What You Really Want for a Living