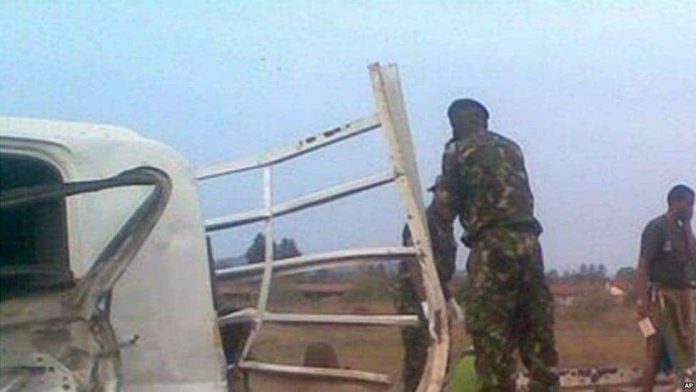 Dozens of girls and young women are reported to have been killed in a road crash in Swaziland while travelling to a famous traditional festival.

A human rights group said 38 died and at least 20 others were badly injured when the truck they were in collided with another vehicle on Friday.

They were on their way to the king’s residence for the annual reed dance.

Every year about 40,000 girls and young women take part in the ceremony, during which King Mswati chooses his new wife.

The eight-day event, which sees the women parade semi-naked in front of the royal residence, has been heavily criticised by rights groups who say it is outdated and sexist.

Women come from across the country to take part, with many travelling in trucks.

The accident on Friday happened when the two vehicles collided along the highway between the capital Mbabane and Manzini. Witnesses said many of the women were flung out of the truck involved.

Swaziland is one of the world’s last remaining absolute monarchies.

It has been ruled by King Mswati III since 1986 after he took over from his father, King Sobhuza II, who reigned for 60 years.

Swaziland held parliamentary elections in 2013, but many international observers say the electoral process is manipulated to prolong the king’s hold on power.