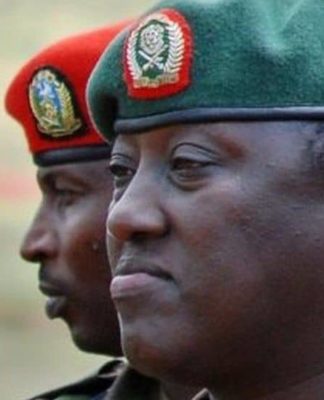 A UK court has rejected a bid to extradite Rwanda’s spy chief to Spain to stand trial for his alleged role in massacres after the 1994 genocide.

Karenzi Karake was on bail in the UK following his arrest in June on a warrant issued by Spain.

His arrest strained diplomatic relations between the UK and Rwanda.

A Spanish judge indicted Gen Karake in 2008 for alleged war crimes. The UK ruling has been welcomed by Rwanda’s Justice Minister Johnston Busingye.

Gen Karake had been the victim of “an unjust case”, he said.

Rwanda’s Foreign Minister Louise Mushikiwabo said she was “delighted” that Gen Karake was returning to Rwanda.

“This was an unnecessary and abusive process,” she said in a tweet.

He was on an official visit to London when police arrested him.

He was accused of killing ethnic Hutu civilians in both Rwanda and Democratic Republic of Congo, after Mr Kagame’s Rwandan Patriotic Front (RPF) came to power in 1994.

The Tutsi-dominated RPF helped end the genocide, in which some 800,000 Tutsis and moderate Hutus were slaughtered by Hutu extremists.

Gen Karake is also accused of ordering the killing in 1997 of three Spanish nationals working for Medicos del Mundo.

Rwanda has always maintained that Gen Karake was innocent, and the charges were politically motivated.

Trump Doesn’t Want to Talk to the Special Counsel

OP-ED: Our Democracy is on the Line, Congress Must Act Now