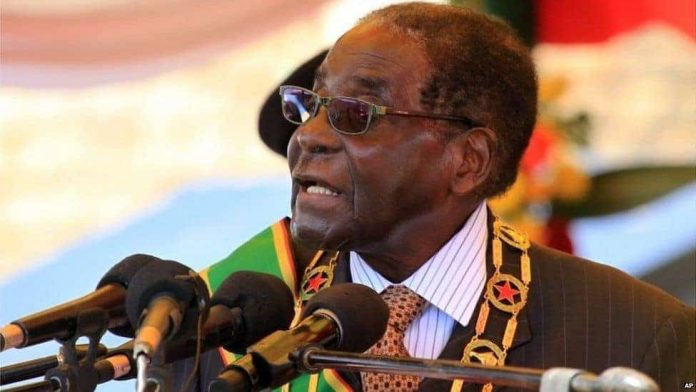 President Robert Mugabe has said Zimbabweans failed in their responsibility to protect Cecil, a lion shot by an American hunter.

President Mugabe said his compatriots should protect their natural resources from what he called foreign “vandals”.

In a speech for National Heroes Day he said: “Even Cecil the lion – he is yours. He’s dead!”

The lion – a favourite at Hwange National Park – died after he was shot by Walter Palmer using a bow and arrow.

The dentist from Minnesota has said he believed the hunt was legal.

It is thought he paid about $50,000 (£32,000) to hunt 13-year-old Cecil, who wore a GPS collar and was being studied by Oxford University for conservation purposes.

Mr Mugabe used a speech in Harare to make his first public comments about the lion, whose death sparked international condemnation.

“There are vandals who come from all over of course… some may be just ordinary visitors, but (there are) others who want to vandalise, to irregularly and illegally acquire part of our resources.”

Prosecutors have said the lion was shot with an arrow after being lured out of its protected zone, and died from a bullet wound inflicted 40 hours later after it had suffered major blood loss.

Zimbabwe is battling to curb illegal hunting and poaching which threatens to make some of its wildlife extinct.

Some commentators have criticised the attention that the death of an animal has received when the nation has endemic poverty and unemployment, and political strife and repression are commonplace.

Much of Mr Mugabe’s speech was spent remembering those killed in the struggle for independence.

The BBC’s Brian Hungwe reports he made startling allegations that skulls of liberation war heroes of the late 1890s were being kept as “war trophies” in a museum in the UK, which he described as the “British History Museum”, an apparent reference to the British Museum.

The British Museum told the BBC that it did not have any human skulls from Zimbabwe in its collection.