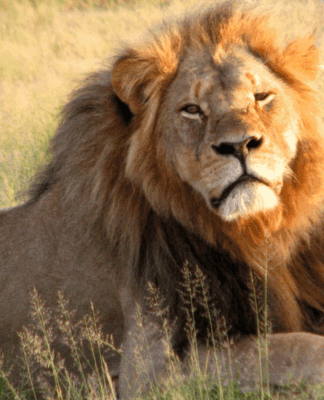 Zimbabwe says it is seeking a second American over the illegal killing of a lion, as the outcry over the death of famed animal Cecil continues.

The National Parks and Wildlife Management Authority said the man from Pennsylvania killed a lion in April.

A Zimbabwean land owner has since been arrested, the agency said.

Cecil was shot illegally in July. Zimbabwe is seeking the extradition of the man who killed him, Walter Palmer of Minnesota.

The National Parks authority gave little information on the new case, but said on Sunday that the killing of the lion had taken place without a permit.

It said the hunt had been arranged by a Zimbabwean man who owned a safari company. The man they are seeking is from Pennsylvania.

The authority said in a statement that it had agreed to “undertake an industry-wide investigation to crack down and weed out any illegal hunting activities”, but it was not clear if the latest case had emerged from that investigation.

He says he thought the hunt was legal and was unaware Cecil was protected.

There has been a huge online backlash against Mr Palmer.

The dental practice he runs in Minneapolis has been closed since he was named as the hunter who shot Cecil.

On Thursday, the White House said it would review a public petition to extradite the American dentist after more than 100,000 signed it.

But spokesman Josh Earnest said it was up to the US justice department to respond to any extradition order.

US rates ‘set for rise this year’