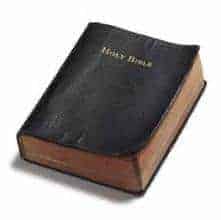 Website | + posts
I’m a person of faith.  Faith, not religion.  Much craziness has occurred over time by proponents of religion and religious dogma.
People who place religion over faith tend to organize their beliefs around areas where they feel the most comfortable– and that’s probably why Protestants and Catholics and Anglicans and Orthodox Christians share some beliefs 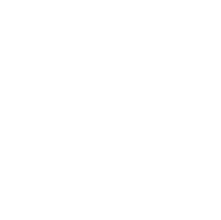 but not all.  They divide ourselves into convenient little groups that allow them to accept some of what they say they believe and ignore the rest.
Six major denominations are commonly recognized in Christianity, but the World Christian Encyclopedia estimates that there are almost 21,000, and the World Christian Encyclopedia estimates between 33,000 to 42,000.  The numbers suggest that people choose  their denominations based on whatever teachings and points of view they agree and identify with the most.
But the Bible is supposed to be the one common denominator.  There’s something disingenuous about proclaiming the Bible to be the inerrant word of God, but only accepting bits and pieces as true.  That’s  hypocritical, but, to a very large extent, is exactly why there are so many denominations.
I wasn’t going to say anything about the Kentucky clerk’s involving God in her personal crusade against the marrying of same-sex couples, but I cannot in good conscience sit idly by without challenging Christians who are just going along with the crowd to take a hard look at what the Bible requires.
Davis has an absolute right to be opposed to whatever she wants to be opposed to.  That’s called free will.  She also has a right to be spiritually dishonest, which is the only way to describe her claim that in denying marriage licenses to gay couples she is only being obedient to God’s Word.
Obedience is “all or none,” when it comes to God’s word.  That’s why the Bible teaches that Christians are not supposed to add to, or take away, from God’s commands.
“Do not add to what I command you and do not subtract from it, but keep the commands of the LORD your God that I give you.”  Deuteronomy 4:2 (NIV).
Ms. Davis says God is her authority for not issuing same-sex marriage licenses.  Her bibilical justification, of course, is that same-sex marriage does not fit God’s definition of marriage, found in Gen 2:22-24:
22 And the rib, which the Lord God had taken from man, made he a woman, and brought her unto the man.
23 And Adam said, This is now bone of my bones, and flesh of my flesh: she shall be called Woman, because she was taken out of Man.
24Therefore shall a man leave his father and his mother, and shall cleave unto his wife: and they shall be one flesh.

But the scripture Christians universally point to when condemning same-sex relationships is Leviticus 20:13:

13 If a man also lie with mankind, as he lieth with a woman, both of them have committed an abomination: they shall surely be put to death; their blood shall be upon them.
But just three verses up, in Leviticus 20:10, God has this to say:
10 And the man that committeth adultery with another man’s wife, even he that committeth  adultery with his neighbour’s wife, the adulterer and the adulteress shall surely be put to  death.
So, why not the same moral outrage and condemnation toward people who commit adultery?  And perhaps more to the point, why not refuse to issue marriage licenses to adulterers?  The biblical condemnation for both groups is the same:  death.
Jesus plainly said, in Matthew 5:32:  “. . . That whosoever shall put away his wife, saving for the cause of fornication, causeth her to commit adultery: and whosoever shall marry her that is divorced committeth adultery.”
So, a man who marries a divorced woman who was not divorced for cheating on her husband (we grant divorces today for no reason whatsoever– i.e., irreconcilable differences), becomes an adulterer married to an adulterer.
Since adulterous relationships are also not God’s definition of marriage, why is Ms. Davis not also refusing to issue them marriage licenses?  Moral outrage, it would seem, should run equally to both– if it runs to either.
If moral conviction pushes Davis to obey God in her Leviticus 20:13 outrage, shouldn’t it also push her to obey God in Leviticus 20:10?  Could it be because she, like many of her supporters, are members of the 20:10 group?   After all, she’s been married 4 times.
I am not advocating that divorced women be denied marriage licenses.  Please don’t misunderstand me.  The point is that too many Christians– despite the words of Christ– are still quick to see the mote in their brother’s eye, while ignoring the beam in their own– and it is this kind of hypocrisy that is the very reason so many Millenials are turning their backs on the Church.
I am also not saying that the Word should be ignored, because there are two commandments given by Jesus that demand our supreme attention.   In fact, Jesus called them greater than all the ones that came before:
Mark 12:30And thou shalt love the Lord thy God with all thy heart, and with all thy soul, and with all thy mind, and with all thy strength: this is the first commandment. 31And the second is like, namely this, Thou shalt love thy neighbour as thyself. There is none other commandment greater than these.
My point is this: according to Jesus, the Leviticus scriptures are not greater than the commandment to love your neighbor as you love yourself.  God’s Word does not serve our preferences; we are supposed to serve His Word.
All of us need to start putting our faith before our prejudices.  If you don’t like lesbians and gays, just say you don’t like lesbians and gays, but leave God out of it.   Don’t try to justify your lack of love by anything God has said, because the last orders are the orders to be obeyed.  It what you’re doing isn’t holy, don’t say that it is. If it is not required by God, don’t say that it is.  Spiritual dishonesty does a disservice to God.
And I don’t know about you but I’m tired of hypocrisy in the church.  Stop using the name of God to justify your hate.  Is it even possible to be correctly labeled a Christian if you don’t love your neighbor like you love yourself?
God deserves the very best we have to give, and quite frankly, in my humble opinion, this ain’t it.